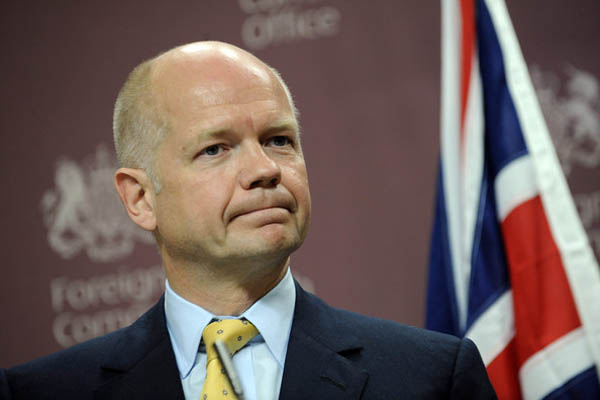 "It is clear that the new ministers and prime minister in Iran are presenting themselves in a more positive way than in the recent past," Foreign Secretary William Hague said in a statement updating the British parliament on the latest developments on the Middle East and Britain's relations with the Islamic republic. "We are open to more direct contact and further improvements in our bilateral relationship," Hague said. The charges d’affaires will be working on interim steps to reopen both Iranian and British embassies, according to Hague. British and Iranian embassies remains closed since 2011, when protesters in the Iranian capital stormed the British Embassy during a demonstration against British sanctions on Iran. However, Hague reminded the parliament that Iran "remains in defiance of six UN Security Council resolutions and multiple resolutions of the International Atomic Agency" and added that as long as there is no change in those Iranian policies Britain would "continue to maintain strong sanctions."