EU ambassadors are meeting to discuss what length of Brexit extension to offer the UK, as MPs consider Boris Johnson's call for an early election. 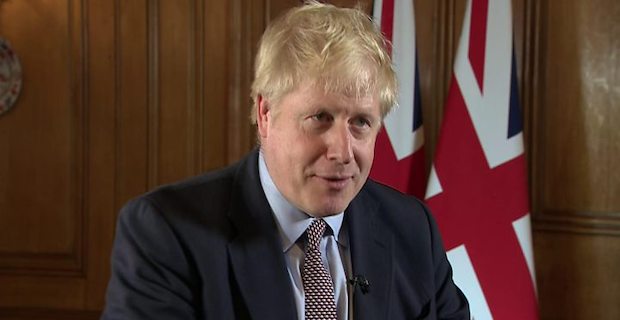 Most EU states are understood to favour a three-month delay, with an option to end earlier if a deal is ratified sooner than this by Parliament. But France has argued for a shorter extension to the 31 October deadline. The PM has said he will give MPs more time to debate his Brexit deal if they back a 12 December poll.

The government has said it plans to bring forward a Commons vote on an early general election on Monday if the EU offers a delay until 31 January.

Chancellor Sajid Javid admitted the government's pledge to deliver Brexit before the end of the month now "can't be met" because "everyone expects an extension".

He told BBC Breakfast the Budget on 6 November would also not be going ahead as planned because "what is more important right now, I think, is getting Brexit done and then having that general election".

But the chances of enough MPs backing the motion - which under the Fixed-Term Parliaments Act requires the support of two-thirds of MPs - appear uncertain, with Labour not committing to how it plans to vote.

Speaking on Friday, shadow home secretary Diane Abbott said Labour was "up for an election" but needed to know more about the type of extension offered by the EU, as well as gain an "explicit commitment that no-deal is off the table".

"That might mean further legislation in Parliament, I'm not sure - but we want to be absolutely certain," she told BBC Radio 4's Today programme.

The EU's decision on what length of extension to offer will be discussed in a closed-door meeting in Brussels on Friday morning.

Marie Lebec, a member of the French National Assembly representing President Emmanuel Macron's En Marche party, said France would only agree to a delay if it was sure it was not an "extension for nothing".

"What we need from the UK is really to know what they want," she told the Todayprogramme.

Mr Johnson was compelled by a law passed by MPs - known as the Benn Act - to send a letter to the bloc requesting a delay until 31 January 2020.

Before sending the letter on Saturday, he had repeatedly promised the UK would leave the EU by Halloween.

On Thursday, Mr Johnson reiterated he did not want a delay but his preferred option if one was granted was for it to be short, "say to 15 or 30 November".

In a letter to Mr Corbyn calling for an election, Mr Johnson said if a shorter delay was granted he would try to get his deal through Parliament again, with Labour's support.

BBC Europe correspondent Kevin Connolly said the EU had hoped the decision on the length of delay would be made on Friday, though it was possible it could be moved until early next week - potentially with an emergency summit - to allow events at Westminster to unfold.

A stand-off could emerge, he added, where the EU wants to wait to see how Parliament reacts to the election proposal, while MPs want to first see what sort of extension will be offered.

Should enough MPs back an election, they would have until 6 November to debate Mr Johnson's Brexit deal, the government has said.

MPs voted on Tuesday to back the first stage of the prime minister's Withdrawal Agreement Bill - putting the deal he agreed with Brussels into law - but rejected his plan to push it through the Commons in three days.

Keywords:
Boris JohnsonEUBrexit
Your comment has been forwarded to the administrator for approval.×
Warning! Will constitute a criminal offense, illegal, threatening, offensive, insulting and swearing, derogatory, defamatory, vulgar, pornographic, indecent, personality rights, damaging or similar nature in the nature of all kinds of financial content, legal, criminal and administrative responsibility for the content of the sender member / members are belong.
Related News