Brexit deal may hamper trade between US, UK: Trump

'Right now, if you look at the deal, they may not be able to trade with us,' Trump says of UK 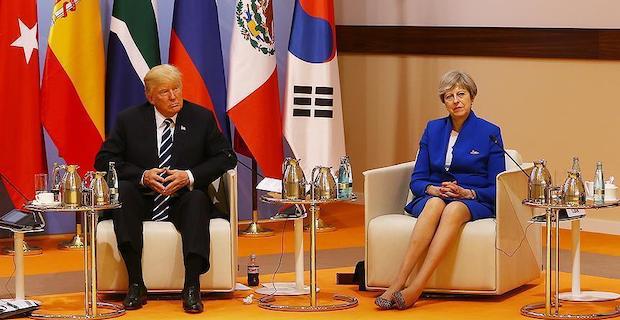 U.S. President Donald Trump said Monday the UK's Brexit agreement may hamper trade between Washington and London, a suggestion rejected by the latter.

Speaking to reporters outside the White House before a trip to Mississippi, Trump said the deal that British Prime Minister Theresa May struck with Brussels "sounds like a great deal" for the EU.

"I think we have to take a look at, seriously, whether or not the UK is allowed to trade, because you know right now, if you look at the deal, they may not be able to trade with us," he said.

May’s office said the agreement allowed the UK to sign trade deals with countries around the world, including the U.S.

"We have already been laying the groundwork for an ambitious agreement with the U.S. through our joint working groups, which have met five times so far," said a spokesperson for the office.

On Sunday, the 27-member bloc approved the withdrawal agreement and political declaration on the future EU-UK relations.

A very turbulent period now lies before the members of Britain’s parliament, as they will vote on the deal in the coming weeks.

Keywords:
Donald TrumpBrexit Deal
Your comment has been forwarded to the administrator for approval.×
Warning! Will constitute a criminal offense, illegal, threatening, offensive, insulting and swearing, derogatory, defamatory, vulgar, pornographic, indecent, personality rights, damaging or similar nature in the nature of all kinds of financial content, legal, criminal and administrative responsibility for the content of the sender member / members are belong.
Related News