Gyms and non-essential shops in all areas are expected to be allowed to reopen when England's lockdown ends. 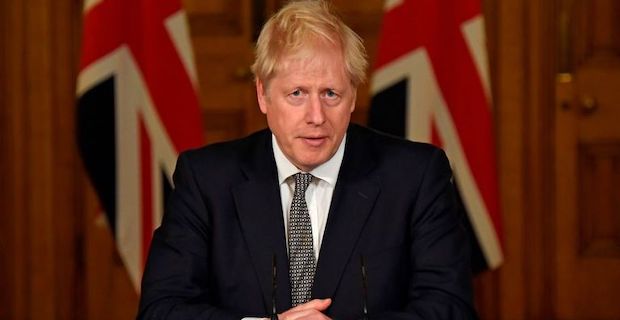 On Monday afternoon, Boris Johnson will explain the detail of England's return to the "three-tier system" when lockdown ends on 2 December. It is reported pubs in tier three will stay shut except for takeaway. In tier two, only those serving meals can open.  Last orders in all pubs will remain at 22:00 GMT, but customers will have an extra hour to drink up. The ban on outdoor grassroots sport is also set to be lifted in all tiers, following calls for this restriction to be eased. And mass testing will be introduced in all tier three areas.

Meanwhile, BBC Sport understands that outdoor sporting events in the lowest-risk areas will be allowed to admit up to 4,000 spectators in England from 2 December. There will be no crowds allowed at sport in the highest-risk areas. Details of which tier every region of England will be put into are expected on Thursday.

The prime minister is expected to make a statement to the House of Commons at about 15:30 GMT unveiling the plans for Covid-19 restrictions in England from 2 December. MPs will vote on these proposals later this week. More areas are set to be placed in the higher tiers - high risk or very high risk - after lockdown, No 10 has said.  Gyms and non-essential shops have been closed in England since 5 November, but are expected to reopen in all areas. Gyms were previously allowed to open in tier three, despite initially being told to shut in some places.

The prime minister had hoped to announce arrangements for the Christmas period on Monday, but this has been delayed until at least Tuesday to allow the Scottish and Welsh governments to agree the plans. It comes after the Westminster government said the UK's four nations had backed plans to allow some household mixing "for a small number of days" over Christmas. One option that was discussed in meetings this weekend was that three households could be allowed to meet up for up to five days, according to the BBC's deputy political editor Vicki Young. Health Secretary Matt Hancock told BBC Radio 4's Today programme the government hoped to agree a "cautious, balanced approach" for Christmas "that can allow people to see their families, but also makes sure that we can keep the virus under control".

Keywords:
Health Secretary Matt HancockLockdownPost-English LockdownBoris Johnson
Your comment has been forwarded to the administrator for approval.×
Warning! Will constitute a criminal offense, illegal, threatening, offensive, insulting and swearing, derogatory, defamatory, vulgar, pornographic, indecent, personality rights, damaging or similar nature in the nature of all kinds of financial content, legal, criminal and administrative responsibility for the content of the sender member / members are belong.
Related News