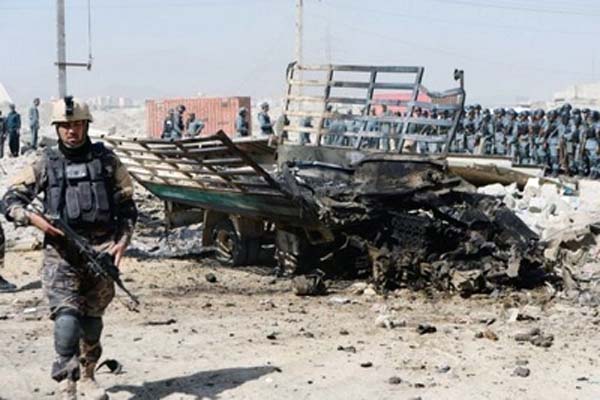 The bomb exploded under a trailer packed with villagers travelling to a ceremony in the Obi district of western Herat and was placed by Taliban insurgents, said Abdul Raouf Ahmadi, a police spokesman in the usually stable province. "There were 12 women, four children and one man among the dead. Seven others were wounded, including five children," Ahmadi said. "They were coming to the capital of the district." A senior Afghan general this week said insurgents had stepped up operations in the east near Pakistan as foreign troops continue to leave the country ahead of a 2014 withdrawal deadline.