Supreme Court workers were getting on minibuses to go home when the bomber struck. 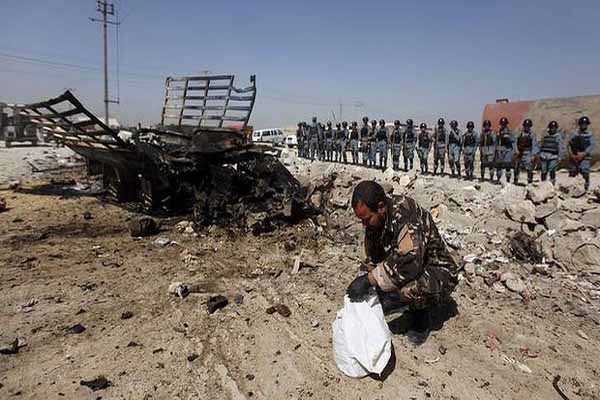 "A large explosion occurred near the Supreme Court but it's still not clear if it was a suicide attack or not," said Najib Nikzad, the Interior Ministry's deputy spokesman.

Women and children were among the casualties, he said.

The bomb was in a car and was triggered as the minibuses left the compound, Nikzad said.

The Supreme Court is about 200 metres from the entrance to the heavily fortified U.S. embassy.

"We were sitting in a car when suddenly there was an explosion in the car behind me," Kabul resident Mira Jan, bleeding from a wound in the head, told Reuters.

"After that I don't know what happened."