Benjamin Netanyahu does not rule out military action on Iran 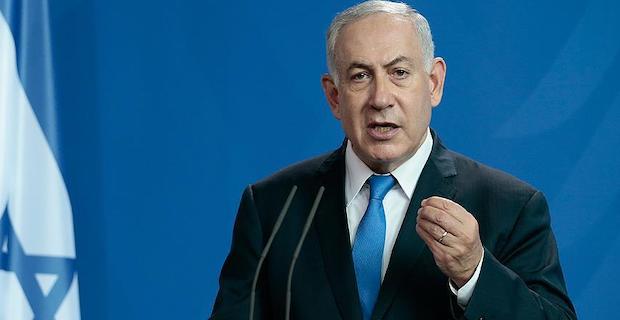 Israeli Prime Minister Benjamin Netanyahu said he does not rule out launching a military operation against Iran.

In a statement issued by his office on Thursday, Netanyahu said he would do "what is necessary to defend the state of Israel against the Iranian regime, which publicly calls for the destruction of the Jewish state."

On Wednesday evening, Netanyahu said during a meeting with foreign journalists that "our army is the only one in the world which currently works directly against the Iranian forces, we do this in Syria."

"We directly confront Iran in Syria and if we had to, we will do all the necessary to defend ourselves," he said.

Keywords:
Benjamin NetanyahuIsraeli Prime Minister Benjamin NetanyahuIsrael PM
Your comment has been forwarded to the administrator for approval.×
Warning! Will constitute a criminal offense, illegal, threatening, offensive, insulting and swearing, derogatory, defamatory, vulgar, pornographic, indecent, personality rights, damaging or similar nature in the nature of all kinds of financial content, legal, criminal and administrative responsibility for the content of the sender member / members are belong.
Related News