Barzani and Perwer in historical visit to Turkey 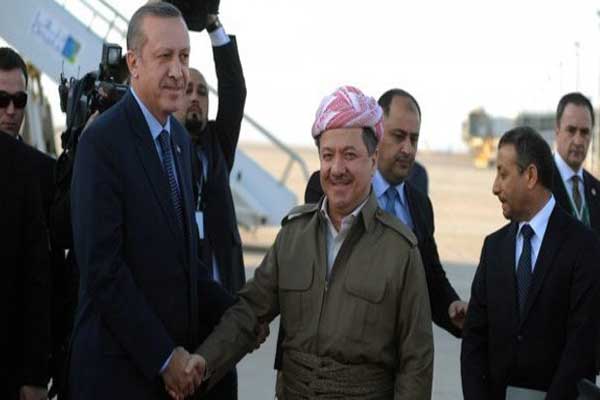 Meanwhile, a group of people who carried posters of Barzani and flags of regional administration unfurled banners saying "Welcome leader Barzani" at the entrance of Habur Border Gate.

The two arrived in Diyarbakir hours later to attend inauguration and mass wedding ceremonies upon the invitation of Turkish Prime Minister Recep Tayyip ERDOGAN, and were welcomed by Mehdi Eker, the Minister of Food, Agriculture and Livestock, Diyarbakir Governor Mustafa Cahit Kirac, and Diyarbakir independent deputy Leyla Zana at Green Park Hotel where they will accomodate for two days.

A big crowd also rushed to the streets heading to the hotel to welcome Barzani and Perwer.

Perwer, who has been in voluntary exile since fleeing Turkey in 1976, will give a joint concert with Ibrahim Tatlises in Diyarbakir.