Ece have been voted Peer of the Year (House of Lords) in the Women in Public Life Leadership Awards for this year. 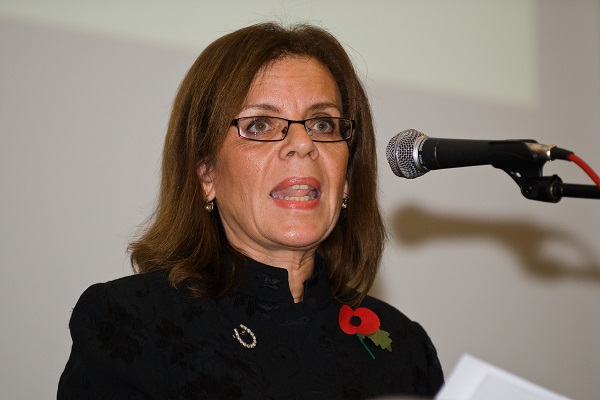 Avrupa News Agency/London-Turkish Cypriot Baroness Meral Hussein-Ece have been voted Peer of the Year (House of Lords) in the Women in Public Life Leadership Awards for this year.

Now in its fourth year, the annual Women into Leadership conference has established itself as an important event for all those interested in seeing leadership opportunities for women enhanced. Women into Leadership 2013 examined how female leaders, at whatever grade can enhance their relevant skills to become the leader they aspire to be.

"I am honoured and delighted to have been voted Peer of the Year (House of Lords) in the Women in Public Life Leadership Awards for this year.This is a prestigious award, and its a privilege to be in the company of other women who have achieved so much. I believe I am the first Turkish Cypriot woman to have won such an award.I hope this inspires other women to get involved in public life."

The Ambassador of the Republic of Turkey to the United Kingdom of Great Britain and Northern Ireland Mr.Unal Cevikoz said;

"Congratulations Meral hanim, we are proud of you."

The winners for the Women in Public Life Awards 2013:

Dods, Action Aid and the FDA are delighted to announce the winners for the Women in Public Life Awards 2013:

Devolved Parliament or Assembly Member of the Year

Journalist of the Year

Local Government Personality of the Year

MP of the Year

Peer of the Year

Public Servant of the Year

Public Affairs Achiever of the Year

Voluntary Sector Achiever of the Year