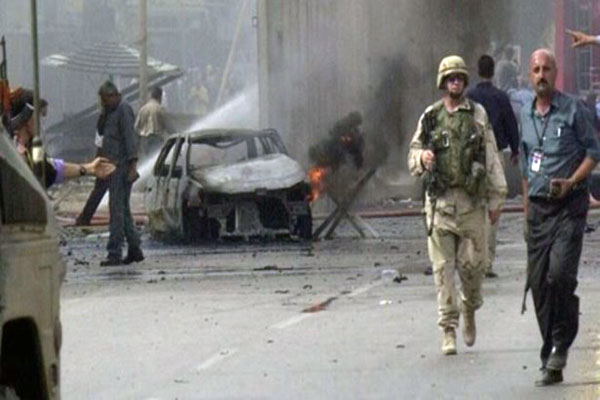 A bomb attack on a school and police station on Sunday left 20 students and 5 officers dead and at least 70 others wounded in Iraq's Mosul province. A large number of the wounded transported to the Mosul, Tal Afar and Duhok are reported to be in critical condition. Two suicide bombings were organized with a bomb-laden pickup truck and car at 11 a.m. Sunday on a police station in Tal Afar city's Kebek town, which has a dense Turkmen population. The bomd-laden pickup truck first exploded in front of the police station. Then the wired car blew up in front of Kebek elementary school next to the station. The police station and school suffered substantial damage and some students were trapped by the collapsed walls. Measures were taken so a third explosion would not be experienced. The ambulances transporting the victims were accompanied by a military convoy. Police closed the road to traffic as investigations are ongoing.