As many as 20 people were killed in the air strikes on the village of Salma, including 10 civilians, six Syrian fighters 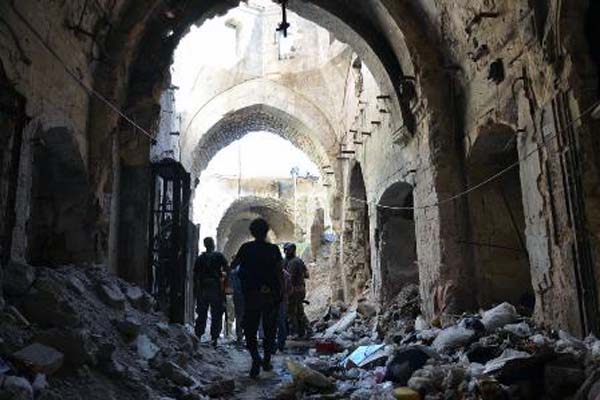 Warplanes bombed a village in Syria's north overnight in an apparent effort by President Bashar al-Assad to prevent rebels fighting him from advancing on communities in the stronghold region of his Alawite sect. Assad's forces are on the defensive in his family's home province of Latakia and recent rebel gains across northern Syria, including a military air base captured last week in Aleppo province, have further loosened his grip on the country. Assad controls much of southern and central Syria, while insurgents hold northern areas near the Turkish border and along the Euphrates valley towards Iraq. The northeast corner of the pivotal Arab state is now an increasingly autonomous Kurdish region. The insurgents are battling to overthrow Assad in a civil war which erupted two years ago when mainly peaceful protests against his rule were put down with force. As many as 20 people were killed in the air strikes on the village of Salma, including 10 civilians, six Syrian fighters and four foreign fighters, the anti-Assad Syrian Observatory for Human Rights group said on Saturday. Salma is a village in the Jabal Akrad mountain range which overlooks the Mediterranean. Rebel forces have killed hundreds in offensives this month and have seized several settlements.

Amateur video footage posted on the Internet showed a large apartment block with all its outside walls blown out. Men, some in military fatigues, were seen loading bodies onto a pickup truck.

Assad has deployed extra forces in the region and the air raids reflected an urgent priority to protect the main region of his Alawite sect - 12 percent of Syria's 21 million people.

The president's forces have also been pushing to retake lost ground in the neighbouring Aleppo province, where insurgents have made significant headway over the past few weeks.

After the rebel capture last month of Khan al-Assal, a town southwest of Aleppo city, activists said on Saturday soldiers killed 12 civilians, including a woman, in a nearby town.

The government accuses rebels of executing 123 people in Khan al-Assal and activists say the killing in Tabara al-Sakhani, 12 miles (20 km) to the south, could have been retaliatory.

Rebel-controlled districts of Aleppo city, once Syria's commercial hub but now partly reduced to rubble by the conflict, were also bombarded by army artillery, the Observatory said.

More than 100,000 people have been killed in the 28-month conflict and 1.7 million Syrians have been forced to flee to neighbouring countries, the United Nations says.

Assad, whose family has ruled Syria for more than four decades, has relied on army units and security forces from the start, but has turned increasingly to loyalist militia armed and funded by Damascus to fight the rebels.