Syria decided to cede control of its chemical weapons because of a Russian proposal and not the threat of U.S. military intervention 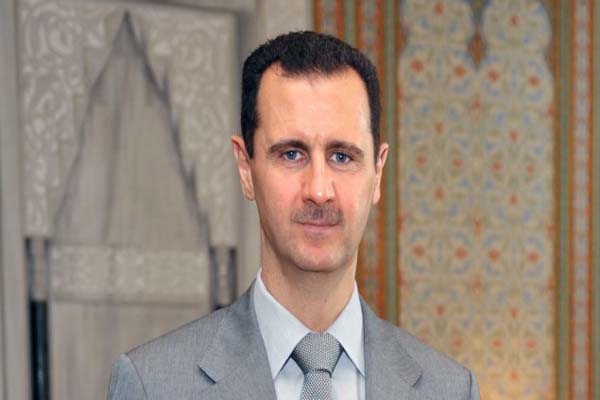 "Syria is placing its chemical weapons under international control because of Russia. The U.S. threats did not influence the decision," Interfax quoted Assad as telling Russia's state-run Rossiya-24 channel. Assad also told Rossiya-24 that Syria would submit documents to the United Nations for an agreement governing the handover of its chemical arsenal, state-run Russian news agency RIA reported on Thursday. Rossiya-24 did not immediately air the interview and it was not clear when it was recorded. The reports came hours before Russian Foreign Minister Sergei Lavrov and U.S. Secretary of State John Kerry were due to meet in Geneva to discuss the proposal, which Lavrov announced on Monday, and Moscow's plan for implementing it.

Syria, which denies it was behind that attack, has agreed to Moscow's proposal that it give up its chemical weapons stocks, averting what would have been the first direct Western intervention in a war that has killed more than 100,000 people.