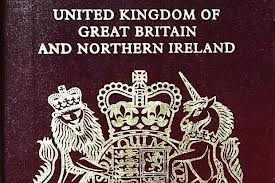 Mr Ajay Sharma has been appointed the UK’s non-resident Chargé d’Affaires to Iran. Mr Sharma will take up his appointment immediately.

On 8 October the Foreign Secretary announced that the UK and Iran had agreed to appoint non-resident Chargés d’Affaires as an important step towards improving the bilateral relationship. Mr Sharma’s appointment will enable the UK to have more detailed and regular discussions with Iran on a range of issues, including conditions under which our Embassies could eventually be reopened. Mr Sharma will be based in the UK but will travel regularly to Iran.

Mr Sharma has significant experience of Iran and the region. He is currently Head of Iran Department at the Foreign and Commonwealth Office and served previously as Deputy Head of Mission in Tehran.

On his appointment, Mr Sharma said:

I am delighted to take up this appointment at this important time in the UK’s relations with Iran. I am very much looking forward to renewing direct UK contact with the Iranian Government and society.

This is very much in the interests of both our countries. I hope to make my first visit to Tehran as non-resident Chargé later this month.