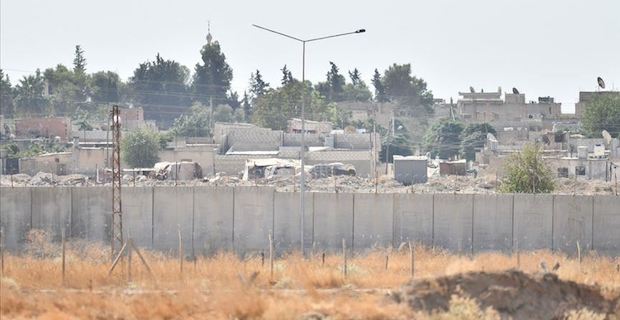 Local tribes in Ras al-Ayn, northeastern Syria clashed Thursday with YPG/PKK terrorists occupying the area, the same terrorists targeted by Turkey’s newly launched anti-terror operation in the region. In the village of Ummul Hayr – located opposite Ceylanpinar in Turkey’s border province of Sanliurfa – the tribes, including the Baggara, revolted against the YPG/PKK.

The tribes contacted Turkish security officials and asked for their support.

Meanwhile, Turkey’s Operation Peace Spring – launched Wednesday east of the Euphrates River in northern Syria to secure its borders by eliminating terrorist elements and to ensure the safe return of Syrian refugees and Syria’s territorial integrity – is ongoing in the region.

The Supreme Assembly for Syrian Tribes and Clans also voiced support for the operation at a meeting on Wednesday.

Turkey has said the terrorist group PKK and its extension the YPG/PYD constitute the gravest threat to Syria’s future, jeopardizing the country’s territorial integrity and unitary structure.

In its more than 30-year terror campaign against Turkey, the PKK -- listed as a terrorist organization by Turkey, the U.S. and the EU -- has been responsible for the deaths of some 40,000 people, including women, children, and infants. The terrorist YPG/PYD is its Syrian branch.

Keywords:
Amid Turkish OperationYPGPKK
Your comment has been forwarded to the administrator for approval.×
Warning! Will constitute a criminal offense, illegal, threatening, offensive, insulting and swearing, derogatory, defamatory, vulgar, pornographic, indecent, personality rights, damaging or similar nature in the nature of all kinds of financial content, legal, criminal and administrative responsibility for the content of the sender member / members are belong.
Related News