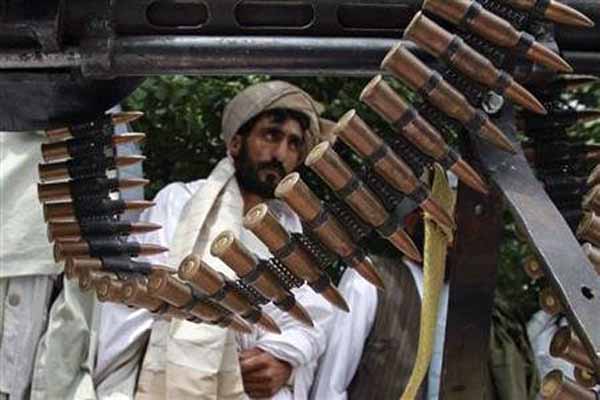 Afghan forces put down an early morning attack by Taliban insurgents on the presidential palace and nearby buildings in central Kabul on Tuesday, with police saying all the assailants had been killed after a 90-minute gunfight. A Reuters reporter at the palace said the attack began soon after 6:30 a.m. (0200 GMT) when at least one man opened fire with an automatic rifle at a gate to the palace in the central Shash Darak district. Karzai's whereabouts were not immediately known, though he had been due to attend a press event at the palace after 9 a.m. Reporters had been gathering at the palace and took cover when the firing broke out. Kabul police chief, General Ayoub Salangi, told Reuters all the attackers had been killed. An Afghan official said five assailants had been killed along with two Afghan guards. The defence ministry and the Ariana Hotel, the U.S. Central Intelligence Agency's Afghan station, were also targeted. Afghan forces and U.S. servicemen returned fire and explosions resounded in the area. Schoolchildren walking to classes nearby were also caught in the exchanges. It was not immediately clear if any were hurt.

A thick plume of smoke was seen rising from Ariana Hotel at the height of the exchanges.

The Taliban claimed responsibility for the attacks.

The assault was launched a day after the U.S. envoy appointed to help the Afghan government and the Taliban pursue peace, James Dobbins, arrived in Kabul and met Karzai. He had been due to hold a press roundtable with Afghan reporters.

He told reporters on Monday that Washington was still trying to determine if the Taliban were ready for talks.

The talks to end 12 years of war between the Taliban insurgency and international and Afghan forces ran into difficulties over the opening of a Taliban office in the Gulf emirate of Qatar.