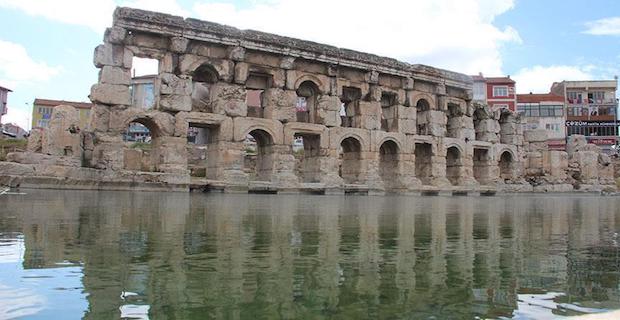 Seven more Turkish sites have been added to UNESCO’s tentative World Heritage List, the Culture Ministry said on Friday. In a statement, the ministry said the number of sites from Turkey on the UNESCO list was now 78.

Among the cultural heritages are the Priene archaeological site (in the Aegean province of Aydin), Sarikaya Roman bath (in central Yozgat province), Harput historic city (in eastern Elazig province), Justinianus bridge in western Turkey, as well as eastern province of Tokat – an early cultural heritage of Anatolian Turkish civilization as well as Niksar, the capital of Turkish Danishmend dynasty that ruled north-central and eastern Anatolia in the 11th and 12th centuries.

A total of 17 sites in Turkey including historic areas of Istanbul, Hattusha: the Hittite Capital in central Anatolia, as well as Mount Nemrut in southeastern Turkey, are on the list of UNESCO’s World Heritage List.

Keywords:
UNESCOWorld Heritage Committee
Your comment has been forwarded to the administrator for approval.×
Warning! Will constitute a criminal offense, illegal, threatening, offensive, insulting and swearing, derogatory, defamatory, vulgar, pornographic, indecent, personality rights, damaging or similar nature in the nature of all kinds of financial content, legal, criminal and administrative responsibility for the content of the sender member / members are belong.
Related News