At least 40 people have been injured, one seriously, after a train crashed at a station in the Spanish city of Barcelona, officials say. 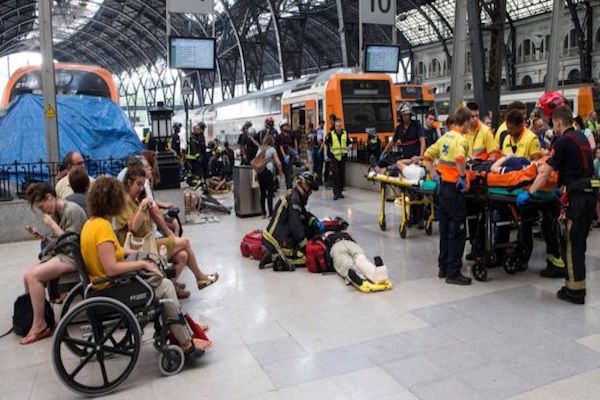 Earlier reports suggest more people had been hurt but emergency services later revised the number of injured down. Reports said the train did not brake when entering the station, hitting the buffers at the platform. Dozens of emergency personnel were sent to the station, with most of the injured being treated at the platform. The accident happened at 07:15 (05:15 GMT) after the train had travelled from the village of Sant Vicenç de Calders, some 60km (37 miles) to Barcelona's south-west. At least 18 people had been taken to hospital, Barcelona's emergency officials said on Twitter. The driver is among the injured and is said to be in a state of shock. Íñigo de la Serna, the minister for public works, has travelled to Barcelona, in the country's north-eastern Catalonia region, to oversee the rescue operation.