32 people, civilians and servicemen, have been killed in a spate of militant attacks in Egypt's Sinai Peninsula since July 5, two days after the army ousted elected President Mohamed Morsi. 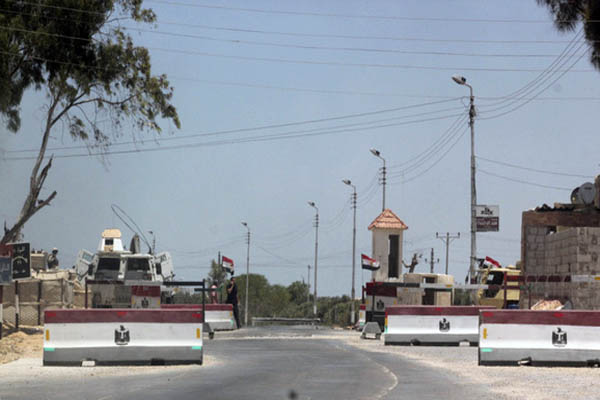 A policeman was killed and a civilian injured on July 22 when unknown gunmen attacked several security and military headquarters in Sinai. One civilian was killed and 4 army personnel were killed the same day in attacks on army security checkpoints in Rafah and Arish. On July 21, two civilians and one army soldier were killed in attacks targeting 12 security checkpoints in Arish, Rafah and Sheikh Zuweid. An army soldier died of his wounds after being shot outside a government building the same day. In two separate attacks, one police officer was gunned down outside Arish police station, and another was killed outside North Sinai Radio building. On July 19, three civilians were killed when an RPG attack targeting army troops in Arish missed the target and hit the nearby residential area. Two policemen died on July 18, of wounds sustained in an attack by unidentified gunmen. On the same day, a civilian was shot at a security checkpoint in Al-Goura village on the southern outskirts of the city of Sheikh Zuweid after failing to stop. Two policemen were killed on July 17, in an attack by gunmen in the North Sinai city of Arish.

Three people were killed and 15 wounded when militants missed a security forces vehicle and instead hit a civilian vehicle south of Arish on July 15. Also on Monday, one person was killed and a child wounded in a shootout between security forces and militants in the city of Hasana. On July 12, unknown militants gunned down a police officer and injured a soldier in an attack on a police checkpoint in Arish. The body of a Christian man abducted four days earlier was found on July 11, in Sheikh Zuweid City.

On the same day, unidentified militants killed a police officer near the Egypt-Israel border. Also on Thursday, security sources said that a joint army/police patrol had opened fire on an approaching vehicle that failed to stop at a checkpoint on the Arish-Rafah road, killing a child inside the vehicle and injuring the driver. On July 10, two civilians were killed and seven others – including three army soldiers – were injured in an attack on a security checkpoint in central Sinai. Unknown assailants stabbed a police officer in Arish on July 8, seriously injuring him before fleeing the scene.