21 civilians were killed in Syria

Strikes are believed to have been carried out Russian warplanes 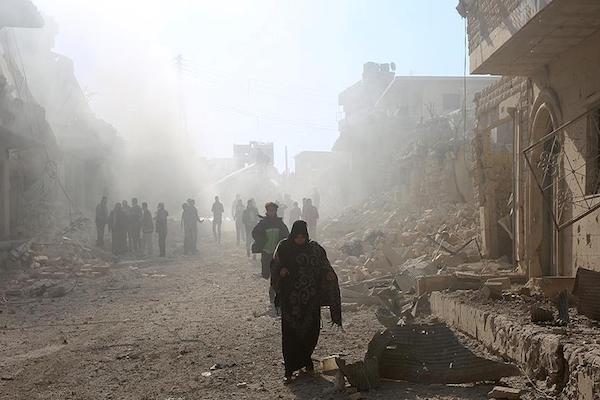 Speaking to Anadolu Agency, Omer Ulwan said suspected Russian warplanes carried out ten airstrikes on populated areas in Idlib’s Kusur district. “At least 18 people were injured in the attacks,” Ulwan said. Syria has been locked in a devastating civil war since early 2011, when the Bashar al-Assad regime cracked down on pro-democracy protests with unexpected ferocity.

One month ago, a ceasefire deal brokered by Turkey and Russia went into effect throughout war-torn Syria.

A January meeting in Astana saw Russia, Turkey and Iran agree to form a trilateral mechanism for observing and ensuring compliance with the ceasefire.

The meeting was also attended by representatives of the Syrian regime and armed opposition groups.

Talks are due to take place between the regime and the opposition in Geneva on Feb. 20.