'The world is bigger than 5' 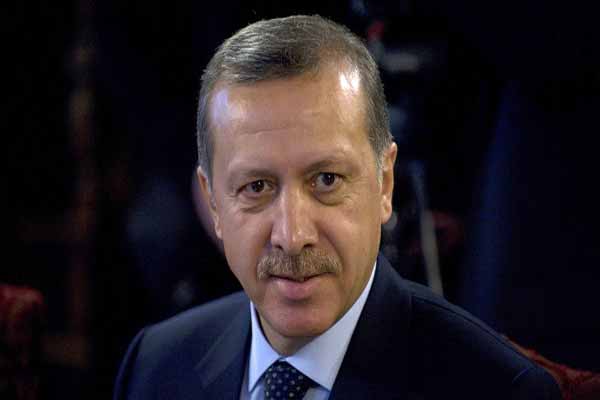 “Hundreds of thousands of children, women, the young and the old are still getting killed in Syria, in Iraq, and in many other countries wailing under the grip of war and terror. Refugees who escaped from death and oppression face insults in European cities.

Terrorist groups like DAESH, Al-Nusra, and PYD/YPG continue their attacks in the region.

Disputes in Caucasia pose the risk of turning into hot conflict.

A lot of problems from Yemen to Ukraine await us.

On the other side, people are grappling with starvation, epidemics, poverty, and illiteracy in many countries of the world.

This is a shameful picture that hurts both human dignity and conscience. What is even sadder is the fact that most of these crises and problems can be solved so easily.

The peace, well-being, and safety of posterity depend largely on the steps and measures we take today.

Turkey has so far spent 25 billion dollars for refugees. The aid we received from the UN, of which we are a member, is 525 million dollars. The EU has also failed to kept its word. They only sent 178 million dollars to UNICEF.

Since the beginning, we have made a point of acting in communication and cooperation with regional and global actors with the belief that this was a common issue for all humanity. We could not have kept quiet about the plight of Syrians, our neighbors and relatives. And we have not.

"How much longer will the UN tolerate?"

The ceasefire in Syria, for which we had made a hard effort, unfortunately failed to function. And yesterday, the regime attacked a UN convoy. The Syrian regime does not allow humanitarian aid to reach the people of Aleppo. As they doom people to starvation, how much longer will the UN and the Security Council tolerate the ‘Surrender or Die’ policy?”

"Tomorrow may be too late if you don’t fight FETO "

“It should not be forgotten that the coup attempt in Turkey was also an attempt against world democracy. As our nation taught a historic lesson to coup enthusiasts that night, they also became an inspiration for all the people who believe in democracy. If I am here with you tonight, it is because of our nation’s brave and noble stance. I am proud of my people for protecting their democracy.

This new generation terrorist organization is a national security threat not only for Turkey but for all 170 countries they operate in.

I am calling all our friends from here to rapidly take necessary measures against Fetullahist Terrorist Organization for their own safety, for the future of their country. On that note, I would also like to state that words like ‘Turk’ or ‘Turkey’ used by the institutions of this organization and by people affiliated with this organization absolutely bear no relation to our country.”

Erdogan stated, "We certainly have no designs on Syria’s territory. The entire issue is that Syria belongs to Syrians.” He added:

"Nobody should set eyes on Syria. Operation Euphrates Shield that began with the support we gave to Syrian opposition is significant for restoring stability, peace, and balance in a region taken over by desperation. It has become much clearer with this operation that fighting DAESH is not the priority of PKK/PYD terrorist organization.

“We must work together on the no-fly zone”

President Erdogan said the locals have started going back home thanks to Operation Euphrates Shield in Jarablus. “We are planning to build residential areas in this region with social facilities that the refugees will also use. For that, we must take a firm stand and work together on declaring the areas we have secured as no-fly zones,” he added.

The UN must be reformed

Erdogan noted, “We must reach the broadest consensus possible on a reform that will make the Security Council fairer, more democratic, more transparent, more effective, and represent members more strongly. The United Nations needs to be reformed. It is obvious that no effort will bear any fruit unless the Security Council, the main body responsible for ensuring international peace and security, undergoes a reform. And for this reason, at every opportunity

I remind the international community of the fact that ‘The world is bigger than 5.’”

"International community owes a chance to live in free Palestine"

Erdogan also spoke on the Palestine issue and said:

"The international community owes Palestinian children a chance to live in a free Palestine which will have East Jerusalem as its capital and bring peace to every Palestinian based on the two-state solution. Sanctity of Haram esh-Sharif must be respected especially by Israel and the violations against its status must come to an end...”