Titanfall can now register to play the Xbox One and Windows PC versions of the futuristic first-person shooter. 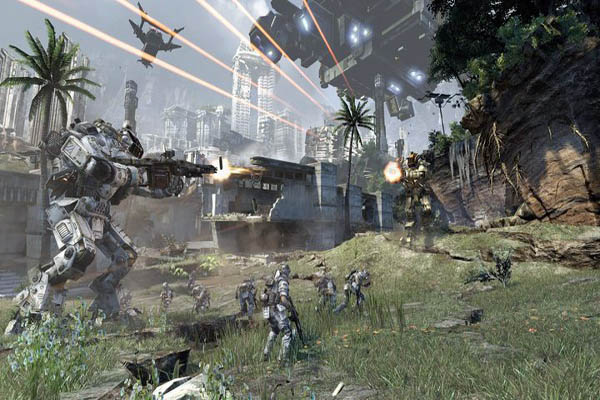 In a release, publisher Electronic Arts confirmed that the beta will launch on Feb. 14. Those who have been selected to take part will be notified by publisher Electronic Arts via email "no later than 11:59 p.m. PT on Feb. 17th." Registration for the Titanfall beta closes on Friday, Feb. 14 at 4 p.m. PT. Included in the beta will be three game modes: team-based deathmatch mode Attrition, control point mode Hardpoint Domination and Last Titan Standing, in which "everyone on both teams starts with a titan in a round-based mode that ends when one team has lost all of their titans. There's no respawning and no replacement titans can be called down."

Respawn co-founder Vince Zampella announced last week that people won't need to pre-order Titanfall for beta access; in fact, he said yesterday, doing so "will not help" your chances — not everyone who pre-ordered will get in to the beta.

"We tried but just couldn't do it," said Zampella on Twitter. "If it were up to me I would let most of you in (always a few bad apples). Sadly, we have restrictions that we couldn't avoid."

Respawn will hand out invites in waves "to make sure it works," said Zampella. He added that the beta won't be exclusive to the U.S., and it won't require EA's Origin service on Xbox One.

Titanfall is set for release March 11 on PC and Xbox One. The Xbox 360 version, which is being developed by Bluepoint Games, will be available March 25.