TikTok sued for billions over use of children's data

TikTok is facing a legal challenge from former children's commissioner for England Anne Longfield over how it collects and uses children's data. 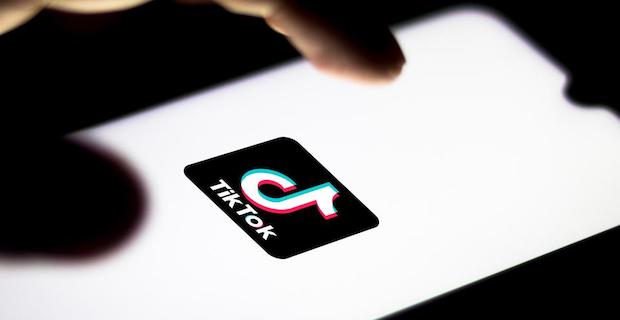 The claim is being filed on behalf of millions of children in the UK and EU who have used the hugely popular video-sharing app. If successful, the children affected could each be owed thousands of pounds. TikTok said the case was without merit and it would fight it.

Lawyers will allege that TikTok takes children's personal information, including phone numbers, videos, exact location and biometric data, without sufficient warning, transparency or the necessary consent required by law, and without children or parents knowing what is being done with that information.

In response, the video-sharing app said: "Privacy and safety are top priorities for TikTok and we have robust policies, processes and technologies in place to help protect all users, and our teenage users in particular. We believe the claims lack merit and intend to vigorously defend the action."

TikTok has more than 800 million users worldwide and parent firm ByteDance made billions in profits last year, with the vast majority of that coming via advertising revenue.

The claim is being launched on behalf of all children who have used TikTok since 25 May 2018, regardless of whether they have an account or their privacy settings. Children not wishing to be represented can opt out.

Ms Longfield told the BBC she was focusing on TikTok because, while all social media platforms collected information, TikTok had "excessive" data collection policies.

"TikTok is a hugely popular social media platform that has helped children keep in touch with their friends during an incredibly difficult year. However, behind the fun songs, dance challenges and lip-sync trends lies something far more sinister."

She alleges the firm is "a data collection service that is thinly veiled as a social network" which has "deliberately and successfully deceived parents".

She added that those parents have a "right to know" what private information is being collected via TikTok's "shadowy data collection practices".

The case is being represented by law firm Scott and Scott. Partner Tom Southwell said he believed the information collected by TikTok represents "a severe breach of UK and EU data protection law".

"TikTok and ByteDance's advertising revenue is built on the personal information of its users, including children. Profiting from this information without fulfilling its legal obligations, and its moral duty to protect children online, is unacceptable."

The case is not without precedent.

In 2019, the Chinese firm was given a record $5.7m fine by the Federal Trade Commission (FTC), for mishandling children's data.

The firm has been fined in South Korea over how it collects children's data, and in the UK, it has been investigated by the Information Commissioner's Office.

That action revolved around Musical.ly, which was incorporated into TikTok, knowingly hosting content published by users under the age of 13.

TikTok was ordered to delete the data and set up an age verification system.

According to Ofcom, 44% of eight to 12-year-olds in the UK use TikTok, despite its policies forbidding under-13s on the platform.

The legal action against TikTok was first brought by an anonymous 12-year-old girl last year, supported by Ms Longfield.

At the time, Ms Longfield said she was waiting to see the result of another case before proceeding with suing TikTok.

The case in question was brought by Which? director Richard Lloyd on behalf of four million iPhone users who, he alleges, were illegally tracked by Google.

Despite being launched in 2017, the case has still not had the go-ahead and is due to be heard by the Supreme Court soon.

"It could be difficult for similar cases to succeed if the Supreme Court dismisses Mr Lloyd's ability to bring his claim," said Richard Leedham, partner at law firm Mishcon de Reya.

Keywords:
TikTok
Your comment has been forwarded to the administrator for approval.×
Warning! Will constitute a criminal offense, illegal, threatening, offensive, insulting and swearing, derogatory, defamatory, vulgar, pornographic, indecent, personality rights, damaging or similar nature in the nature of all kinds of financial content, legal, criminal and administrative responsibility for the content of the sender member / members are belong.
Related News