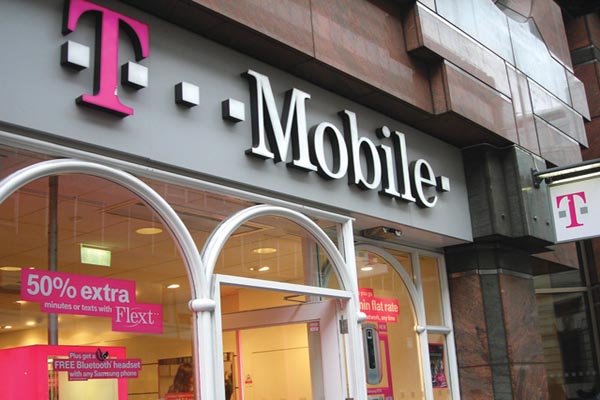 After months of aggressive moves by T-Mobile US to lure customers from other carriers, No. 2 operator AT&T Inc counter-attacked on January 3 by offering to pay consumers to switch from T-Mobile. Days later, No. 3 ranked Sprint Corp promised big discounts for family and friend groups. On Wednesday, T-Mobile upped the ante, saying it would pay hefty exit costs for converts. The moves by Sprint and AT&T come after No. 4 U.S. operator T-Mobile, a long-time industry straggler, was able to report three full quarters of customer growth after four years of losses.

While discounts are always welcomed by consumers, the intensifying competition is a new challenge to a U.S. industry long used to imposing its will on consumers, and analysts fear it could result in the loss of billions of dollars of revenue.

Investors had hoped AT&T and market leader Verizon Wireless would be able to shrug off T-Mobile's moves, since they already control about two-thirds of the market.

AT&T had previously said that T-Mobile's efforts only concerned the most cost-conscious customers, who are not its or Verizon's primary targets.

AT&T stayed on the sidelines for months in the face of public criticism of its services from T-Mobile's outspoken chief executive officer, John Legere. Now that the company is fighting back, even industry leaders could face tighter margins, say analysts.

"The most disappointing thing is that AT&T is reacting to T-Mobile," said Jefferies analyst Michael McCormack. "How long is it before Verizon reacts?"

While AT&T did not change its service rates, it is offering customers a $200 credit to switch to its network.

The company is the easiest target for T-Mobile, which it tried to buy in 2011, since they use the same technology, so it is simple for customers to switch between services. T-Mobile U.S. is 67 percent owned by Deutsche Telekom.

Their battle got more personal at the Consumer Electronics Show in Las Vegas when AT&T kicked Legere out of its party, a concert featuring rapper Macklemore.

At T-Mobile's own event, Legere, sporting his customary pink company tee-shirt under a leather jacket, took to the stage to make fun of AT&T and its executives in a profanity-sprinkled speech.

Roe Equity Research analyst Kevin Roe sees the "unhealthy market dynamic" getting worse, since he is not convinced AT&T's incentives to T-Mobile switchers will end there.

"There's more to come, and it will continue until AT&T has market-share stability," said Roe, who believes the carrier will keep going until it can ease customer losses to T-Mobile.

Competition could escalate further later on this year when Sprint, which is 80 percent-owned by Japan's SoftBank Corp, is expected to try hard to woo back customers who have left because of technical problems from a network overhaul.

Some investors are still hoping for a ceasefire if SoftBank's hopes of merging Sprint with T-Mobile come to fruition.

It may make a bid for T-Mobile as soon as this year. But many Washington industry experts see regulators blocking such a deal: The government rejected AT&T's earlier attempt to buy T-Mobile on the grounds that the market needed four national operators. Since T-Mobile has become stronger, that decision seems to have been justified.