London behind other UK cities on recycling 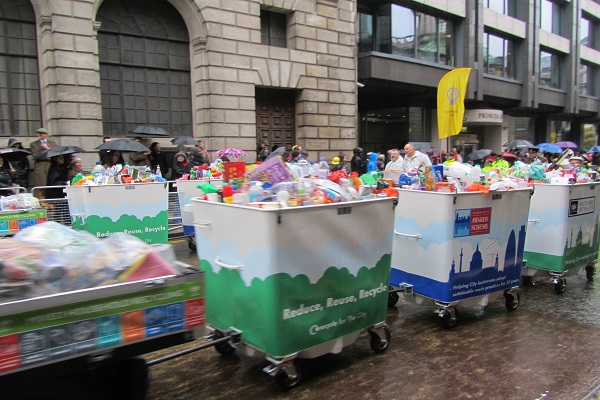 At a meeting of the Assembly’s Environment Committee, Chair Murad Qureshi highlighted figures compiled by London Councils which show the capital recycles less of its household waste than many other cities including Bristol, Greater Manchester and Leeds

The Committee was told by the Mayor’s Environmental Advisor Matthew Pencharz that a range of issues affect recycling rates including population churn, types of housing and the proportion of people whose first language is not English. He also pointed out that the Mayor does not have responsibility for collecting waste, which is done at borough level.

Guests told Members that one of the best ways to boost recycling is through communicating its benefits clearly to residents, especially if they are told that savings made through avoiding landfill can be used for other services.

Murad Qureshi AM, Chair of the London Assembly Environment Committee, said: “There are clear benefits – environmental and economic – to recycling more of our waste and preventing it going to landfill so it is disappointing to see other cities are doing better than we are.

”We heard from experts today that communication is key to improving rates, so we hope that all the organisations involved in tackling the capital’s waste will do everything they can to get the message across to Londoners that we need to recycle more.”