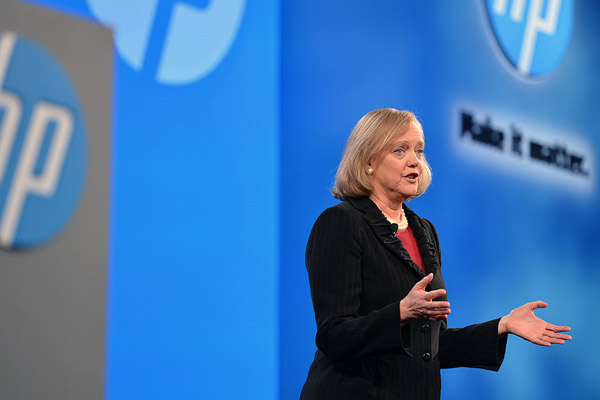 Whitman, HP's third CEO in four years, is steering the Silicon Valley giant through a years-long restructuring since inheriting in 2011 a company shaken by board changes, executive departures and fluctuating strategic decisions. Investors have since credited her for bringing much-needed stability to HP, which she is trying to turn around through layoffs, cost cutting and expansion into fast-growing markets such as enterprise computing. The new salary, effective November 1, "brings Ms. Whitman's salary to a competitive level among the salaries of the chief executive officers of HP's peer companies," the company said in a Securities and Exchange filing. While Whitman drew a salary of only $1 in 2012, her total compensation was $1.99 million, including a $1.69 million bonus and vested stock and options. HP's stock, however, at Tuesday's close of $27.45, remains well off its 2010 high of above $50, prior to the departure of Wall Street favorite and former CEO Mark Hurd. From the time Whitman joined in September 2011, HP's stock has risen just 14.5 percent compared with the S&P 500 index, which is up 51 percent over the same period.