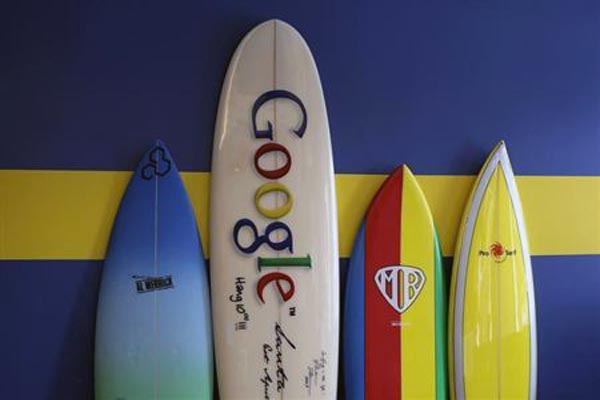 The card, which is only available in the United States, lets consumers access the funds stored in their Google Wallet accounts. Google Wallet is a smartphone app and online payment service that lets consumers buy goods and transfer money to each other. The new Wallet card will be accepted at "millions of locations" that accept MasterCard and at ATM machines, Google said in a post on its official blog on Wednesday. Google said the card is free and that the company will not charge cardholders any monthly or annual fees. The card could help advance Google's efforts to play a bigger role in commerce and provide the company with valuable information about consumer shopping habits, though it appears to be less ambitious than the full-fledged credit card once rumored to be in the works. Plans for a Google consumer credit card were shelved when the head of Google's Wallet and payments group, Osama Bedier, left the company in May, according to a report at the time in the technology blog AllThingsD. Google, the world's No. 1 Internet search engine, in 2011 began offering a special AdWords Business credit card that its advertising customers could use to buy ads on its website.

A Google spokeswoman confirmed that data about transactions made with the new Wallet card - including a description of goods purchased, the amount of the transaction and the name and address of the seller - would be added to the internal profiles that Google maintains for users of its services, which can be used to target ads. Consumers add money to the new Wallet Card by linking it to a bank account or when another person transfers money to their Wallet account, according to Google. The card can be ordered online on Wednesday, and typically takes 10 to 12 days to arrive, a Google spokeswoman said.