Google's mobile operating system, according to technology research firm IDC. This is up from 74.9 percent during the same time last year, IDC found. 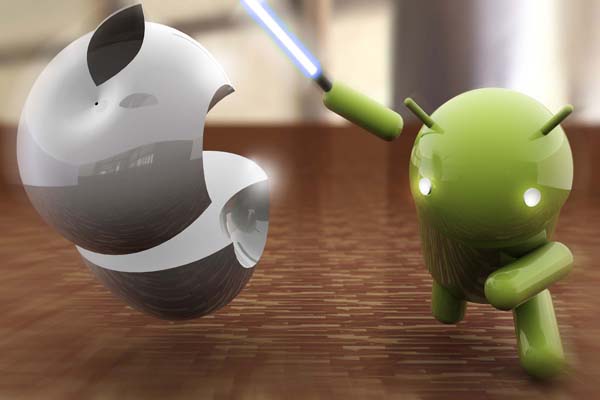 Meanwhile, Apple's numbers fell. The worldwide market share of iOS, the operating system that powers iPhones, dropped during the third quarter to 12.9 percent from 14.4 percent, according to IDC. The reason is less than shocking: iPhones are freaking expensive. As the chart below shows, the average selling price for an iPhone last quarter was $635. But the average price for a smartphone running Android -- there are many manufacturers -- was only $268. "If you go to emerging markets, it's a price game," IDC Research ManagerRamon Llamas said, referring to countries like China and India. "Devices like [Apple's iPhone] and the new Blackberry -- they're very cost prohibitive." Smartphones running Android's operating system, Llamas said, can be picked up for as little as $50 in China. "At the end of the day, you have a device that's going to make phone calls and run applications and do social networking," Llamas said. "Depending on who you are and where you live results in how much income you have, and that plays a huge, huge role in your decision-making process." So should Apple be nervous? Not really, Llamas said.

"Apple is in a very comfortable position of being that aspirational brand where you can maintain profit margins," Llamas said. "People say, 'That's the next smartphone I'm going to get."'

Apple makes a ton of money from sales of the iPhone -- the only smartphone it offers. Because iPhones are a premium product and more expensive, Apple makes more money on its handsets than manufacturers that sell lower-priced phones, said Ken Hyers, a senior analyst at Strategy Analytics. Apple sold 33.8 million iPhones last quarter. And while Samsung sold a whopping 120 million phones, a lot of those sales were mid-range phones, which are less profitable, Hyers noted.

"I liken it to Porsche," Hyers said. "If Samsung is Volkswagen, Apple is Porsche. They don't sell economy cars, and that's pretty much the difference in the strategy of the two companies."