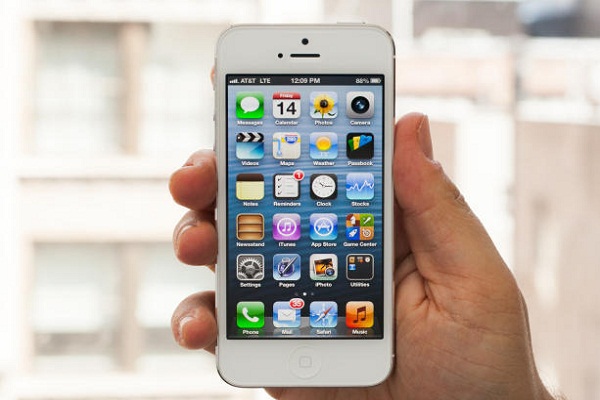 Shares of the world's most valuable technology company opened down 8 percent on Tuesday, a day after Apple's weak revenue forecast for the current quarter renewed fears about Chinese smartphone demand and a tepid global market. At least 14 brokerages lowered their price targets on Apple, reflecting concerns that it was becoming harder to sell high-end phones as markets get saturated. Apple shares fell to $502.47 in early trading. A quarter of the stock's value had been gained in the last six months. The record 51 million iPhones sold by Apple in the quarter ended December 28 fell short of the 55 million expected by Wall Street. On Tuesday, analysts attributed some of this shortfall to the pricing of the iPhone 5C. Apple's low-cost alternative to its iPhone 5S was unable to grab market share from cheaper rivals using Google Inc's Android software, they said. "We don't think Apple has created a meaningful new product category with the iPhone 5C," BMO Capital Markets analyst Keith Bachman wrote in a report.

He said Apple should create a "more impactful medium-price iPhone", with a lower price tag than the iPhone 5C launched in September.

The iPhone 5C sells for $549 without a two-year contract with a telecom carrier. Samsung Electronics Co Ltd's flagship Galaxy S4 now sells for $530 without a contract in the United States, while Google Nexus 5 sells for $350.

Analysts said they were looking to the launch of the iPhone 6, a mid-range smartphone, and wearable devices such as iWatch in the second half of the year to boost investor confidence.

"Apple has the ability to lower the price of the iPhone to compete more aggressively in the midrange, and we believe the resulting elasticity would yield net profit improvements," Goldman Sachs analysts said.

Apple maintained its gross profit margin of 37.9 percent for the quarter just ended, as more people opted for the high-margin iPhone 5S than the 5C.

But rival Samsung, which has a phone for every budget, widened its lead over Apple by cornering 29.6 percent of the global smartphone market in the fourth quarter of 2013, ahead of Apple's 17.6 percent, data from research firm Strategy Analytics showed.

Credit Suisse analysts said that, by ignoring the mid-tier smartphone segment, Apple would continue to cede incremental share to Android.

Citigroup analyst Glen Yeung said the iPhone sales miss comes despite expectations of higher sales from China, where it signed a deal with China Mobile Ltd, and adding NTT DoCoMo as a carrier in Japan.

Analysts said slowing growth in iPhone sales was not just due to company-specific reasons, noting that Samsung's Galaxy phones have also been facing a decline in demand.

"There were a lot of reasons to believe iPhone sales would grow double-digit in units in 2014 even as the market matured, but 1Q results and the March guide pretty much put that thesis to rest," Raymond James analyst Tavis McCourt wrote in a note.

McCourt downgraded the stock to "outperform" from "strong buy" and cut his price target to $550 from $700.

Apple forecast sales of $42-$44 billion this quarter - brisker than usual because of its deal to sell iPhones through China Mobile, the country's No.1 carrier. Wall Street analysts on average had expected $46 billion.