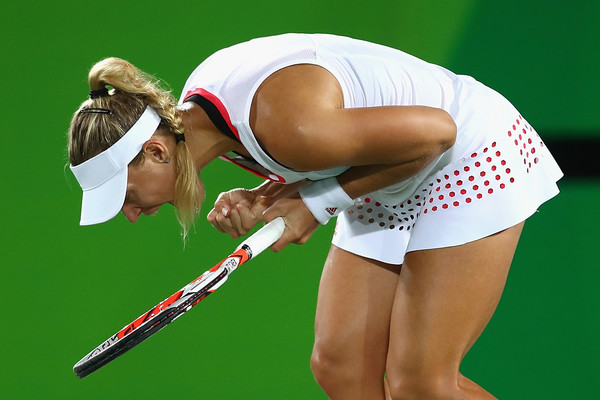 Kerber beat American Madison Keys 6-3 6-3 to claim her third win of the week.Cibulkova had required the German to win in straight sets to progress from the White Group, having earlier beaten Romania's Simona Halep 6-3 7-6 (7-5).Russia's Svetlana Kuznetsova had already qualified from the Red Group.Kuznetsova, who only qualified for the season-ending event last Saturday, will play Cibulkova in the last four, while Kerber will face the winner of Friday's final round-robin match between Poland's defending champion Agnieszka Radwanska and Czech fourth seed Karolina Pliskova.

Cibulkova's straight-set victory guaranteed Kerber's place in the semi-finals, and the Slovak then had to wait and hope that Kerber would return the favour with a two-set win over Keys.

"Probably I'll be checking the score, but that's the worst thing you can do," Cibulkova said after her match.

"Maybe we're going to go shopping to try and forget it, and just see the result."