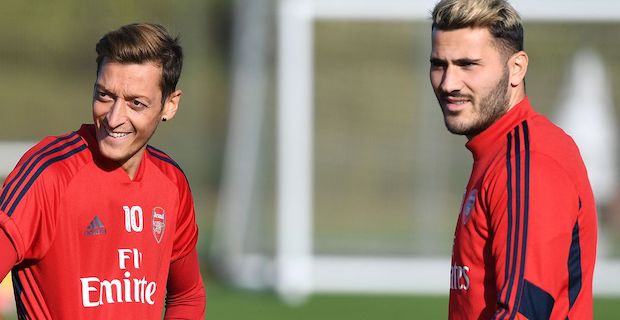 Arsenal’s German footballer of Turkish descent Ozil and his teammate Bosnian player Kolasinac were targeted by armed men in London on July 25.

The were attacked by bikers armed with knives who surrounded Ozil's car in north London.

After missing several matches in the beginning of the season, Ozil and Kolasinac started playing for Arsenal again following the incident.

Keywords:
Sead KolasinacMesut OzilArsenal PlayersArsenal
Your comment has been forwarded to the administrator for approval.×
Warning! Will constitute a criminal offense, illegal, threatening, offensive, insulting and swearing, derogatory, defamatory, vulgar, pornographic, indecent, personality rights, damaging or similar nature in the nature of all kinds of financial content, legal, criminal and administrative responsibility for the content of the sender member / members are belong.
Related News