Europa League Round of 32 draws are as follows 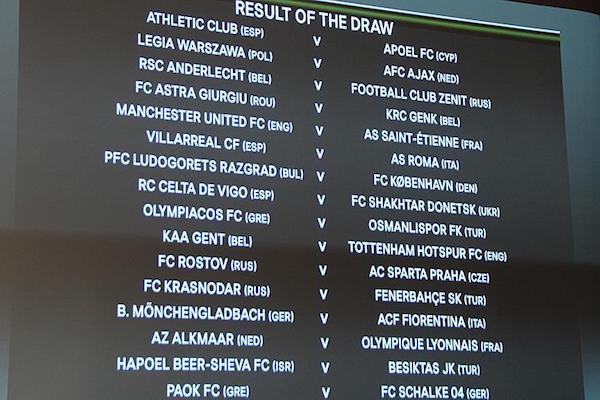 Vatan Oz/London-The draws for the Europa League's Round of 32 football tournament were made Monday. Turkish clubs' opponents in the last 32 phase were revealed, as Turkey's Osmanlispor will meet Greek football giants Olympiacos, Fenerbahce drew Russia's Krasnodar, and Besiktas is paired with Israel's Hapoel Beer-Sheva. The last 32 first and second legs will be played next February. The 2017 Europa League final will be held on May 24 at Friends Arena in Stockholm, Sweden.

Europa League Round of 32 draws are as follows: