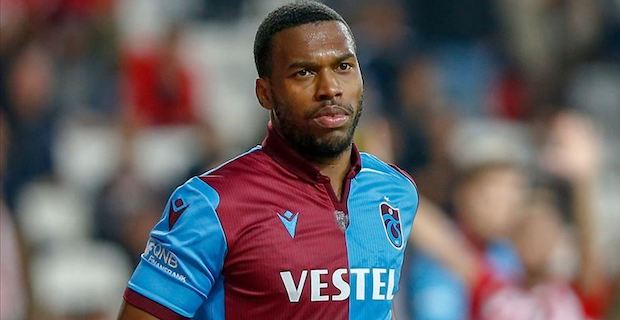 Turkish football club Trabzonspor on Monday parted ways with British striker Daniel Sturridge.   Sturridge's contract was terminated with mutual agreement, Trabzonspor said in a statement.  The 30-year-old British striker joined Trabzonspor on a three-year-contract in August 2019. According to the termination agreement, Sturridge renounced all his upcoming rights and payments from the club. He scored seven goals in 16 games this season with Trabzonspor.  Previously, Sturridge had played for Liverpool, Manchester City, Chelsea, Bolton and West Brom.

Keywords:
Turkish ClubBritish Striker Sturridge
Your comment has been forwarded to the administrator for approval.×
Warning! Will constitute a criminal offense, illegal, threatening, offensive, insulting and swearing, derogatory, defamatory, vulgar, pornographic, indecent, personality rights, damaging or similar nature in the nature of all kinds of financial content, legal, criminal and administrative responsibility for the content of the sender member / members are belong.
Related News