Turkey Sweden football game will be friendly in Antalya 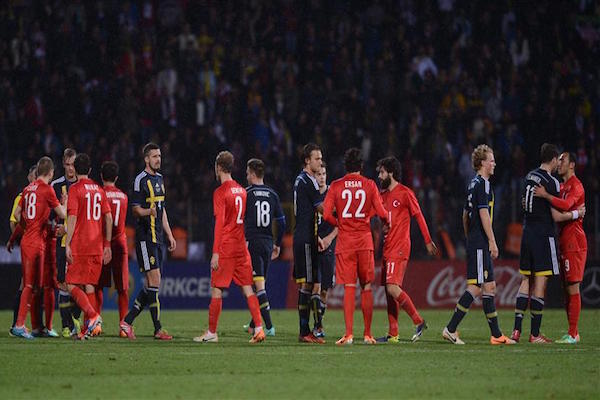 Turkey’s team manager Fatih Terim said the match against Sweden will be a serious rehearsal for the team in the next big tournaments.

"Not much time left for the tournament [UEFA Euro 2016]. Thus, the camps and friendlies are very important," Terim said, according to the matchbook published by Turkish Football Federation early Wednesday.

"We can see our players' last form status in this match and make necessary adjustments later," he added.

Paris Saint-Germain star Zlatan Ibrahimovic will not play against Turkey in the match due to fatigue, Sweden manager Erik Hamren confirmed Monday.

"We need Ibrahimovic in France. He is in a superb form now. We will give him off at times so that he will keep his form," Hamren said at a press conference in Stockholm Monday.

About concerns over terrorist attacks in Turkey, Hamren said: "My job is football. I am closely interested in Turkish football. I have nothing to do with politics. We will be on the pitch for Turkey match on Thursday. Sweden national team officials are talking to Turkish officials about security issues and there is not any problem now".

A suicide bombing in Istanbul's Istiklal Street Saturday claimed four lives and injured 39 others. The attack came only a week after the one in central Ankara on March 13, which left 36 people dead and dozens of others wounded. The suicide bomber was this time a member of the terrorist organization PKK, who reportedly joined the group in 2013 and received training with the YPG in Syria.

Turkey and Sweden will compete in Europe's top-tier international football tournament, the Euro 2016, in June in France.

Turkey will play against Croatia, the Czech Republic and Spain in Group D. Sweden will compete against Belgium, Italy and the Republic of Ireland in Group E.

Onur Recep Kivrak, Burak Yilmaz and Serdar Aziz are not expected to play as they have injuries.