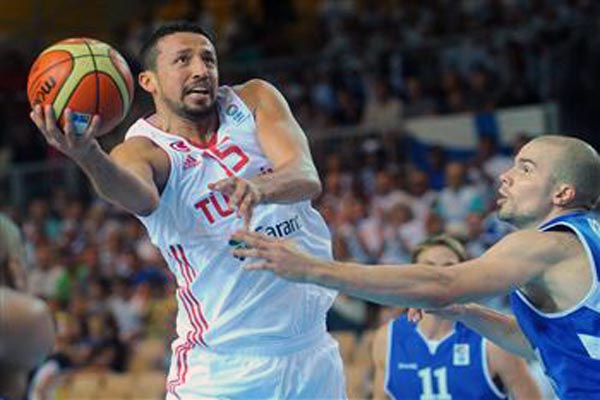 The Turkish men’s basketball team has suffered a humiliating 61-55 loss at the hands of Finland on the opening day of the 2013 EuroBasket tournament. Turkey’s self-proclaimed “12 Giant Men” were dismal from start to finish against a Finland side whose best performance in the tournament was a sixth place finish in 1967.  Bogdan Tanjevic’s men started the game poorly, with their first point coming from a free throw six minutes and 43 seconds into the game.  Finland led 10-8 in a poor-quality first quarter, but took complete control in the second quarter and finished the first half 32-19. Their momentum continued early in the third period and they took a 19-point lead.

A late push gave Turkey a chance to tie the game, bringing them back to 58-55, but a two-point attempt by Hidayet “Hedo” Türkoğlu went missing and Finland ended up winning the game.

Turkey will play Italy in its second group game.