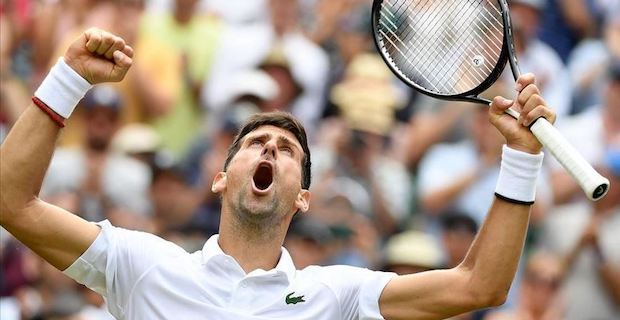 World number one in tennis, Novak Djokovic advanced to the 2019 Wimbledon men’s final, beating world no. 22, Roberto Bautista Agut on Friday. The number one seed Djokovic defeated his Spanish opponent Agut in four sets, with scores of 6-2, 4-6, 6-3, 6,2.  The Serbian athlete will face Rafael Nadal or Roger Federer in the final on Sunday.

Djokovic was the 2018 champion in Wimbledon.

Keywords:
DjokovicWimbledonNovak DjokovicWimbledon 2019
Your comment has been forwarded to the administrator for approval.×
Warning! Will constitute a criminal offense, illegal, threatening, offensive, insulting and swearing, derogatory, defamatory, vulgar, pornographic, indecent, personality rights, damaging or similar nature in the nature of all kinds of financial content, legal, criminal and administrative responsibility for the content of the sender member / members are belong.
Related News