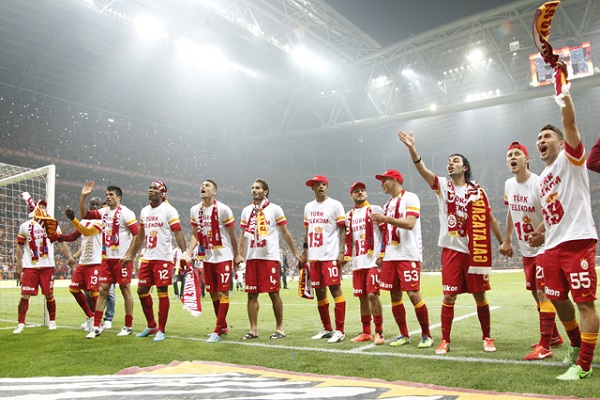 Selçuk İnan scored the first goal for the Yellow-Reds in minute 8. The scoreboard was 1 – 0 in favor of Galatasaray at the halftime.  Following a through ball by Emmanuel Eboue it was Burak Yılmaz who grabbed the ball in the penalty box and shot straight at the net scoring the second goal of the game in minute 52. The third goal of the game was once again by Selçuk İnan who he grabbed the ball passed by Eboue and chipping it over the opponent shot at the goalpost (in minute 60).  Burak Yılmaz scored the fourth (his second) goal of the game in minute 75 after Umut Bulut passed the ball he received from Felipe Melo. Four minutes later Kadir Bekmezci of Sivasspor scored the first goal for the visitors and during the final seconds Cihan Özkara registered their second goal. With this win Galatasaray sealed its league championship leading the Spor Toto Super League standings with 68 points. The Turkish Spor Toto Super League Champion is Galatasaray