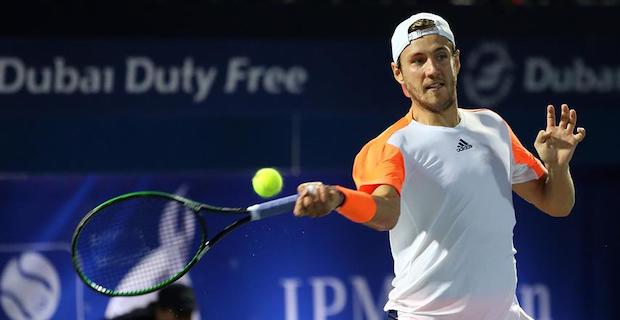 French Lucas Pouille beat Canadian Milos Raonic to advance to the semifinals in the Australian Open 2019 on Wednesday.

Pouille will face either Serbia's Novak Djokovic or Japan's Kei Nishikori in the semifinals.

Keywords:
Australian OpenPouilleFrance Pouille
Your comment has been forwarded to the administrator for approval.×
Warning! Will constitute a criminal offense, illegal, threatening, offensive, insulting and swearing, derogatory, defamatory, vulgar, pornographic, indecent, personality rights, damaging or similar nature in the nature of all kinds of financial content, legal, criminal and administrative responsibility for the content of the sender member / members are belong.
Related News