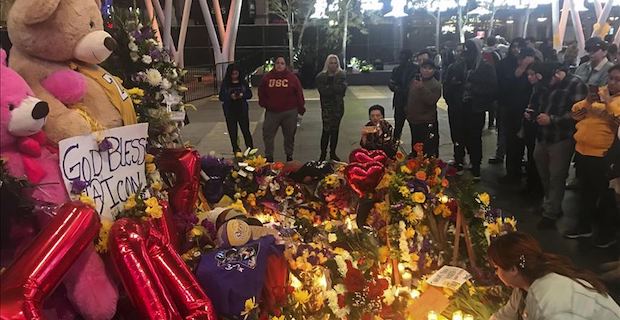 Sports world mourned and sent their condolences through social media in the wake of the NBA legend Kobe Bryant and his 13-year-old daughter Gianna's loss in a helicopter crash on Sunday in Los Angeles. The Los Angeles County Sheriff's Department said there were no survivors in the crash in the hills above the Calabasas area, which killed 9 people. Philadelphia 76ers all-star center Joel Embiid reminded that he started to play basketball because of Bryant's performance during the 2010 NBA finals.

"I had never watched ball before that and that finals was the turning point of my life. I WANTED TO BE LIKE KOBE. I'm so FREAKING SAD right now!!!! RIP LEGEND," he added.

Bryant's former team-mate Pau Gasol from Spain, who won the two NBA titles with him in Lakers, said he can not believe his death. 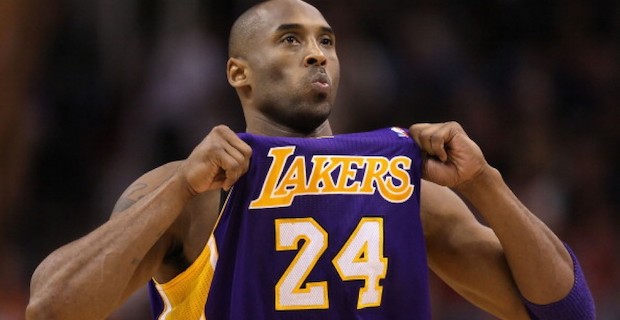 "Beyond devastated... my big brother... I can’t, I just can't believe it." he posted on Twitter.

Lakers legend Kareem Abdul-Jabbar also posted a video to share his condolences via his Twitter account by saying "he will always remember him as a man who was much more than an athlete."

San Antonio Spurs' former French guard Tony Parker expressed his shock over Bryant's loss and said: "I’m heartbroken by this news, you were a true legend, and friend. Rest In Peace @kobebryant, my thoughts and prayers to his wife and kids."

Tributes for Bryant poured from the different sports clubs across the world.

Former NBA player and the Turkish Basketball Federation (TBF) chief Hidayet Turkoglu paid tribute to the five-time NBA champions in a photo with Bryant on the court and said: "Rest in Peace brother #KobeBryant."

"His character and achievements is going to be cherished long after his passing by sports lovers around the world. Our deepest condolences to his family, friends and fans. #RIPMamba."

Fenerbahce's Twitter account in English wrote: "We are so sorry to hear about your big loss @lakers. You will forever be missed. Rest in peace #KobeBryant."

Altinordu, a football club in Turkey's second-tier league, said: "When we wanted to try the impossible, we looked at you. #KobeBryant"

Keywords:
Kobe BryantNBA Legend
Your comment has been forwarded to the administrator for approval.×
Warning! Will constitute a criminal offense, illegal, threatening, offensive, insulting and swearing, derogatory, defamatory, vulgar, pornographic, indecent, personality rights, damaging or similar nature in the nature of all kinds of financial content, legal, criminal and administrative responsibility for the content of the sender member / members are belong.
Related News