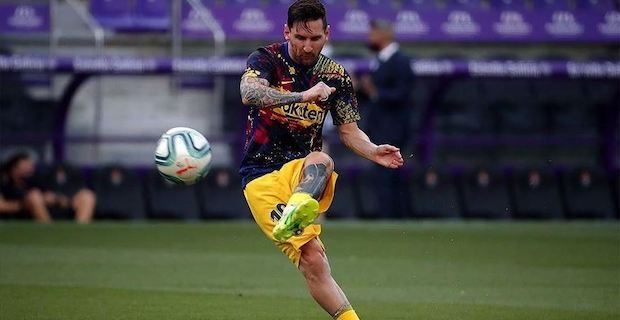 Barcelona superstar Lionel Messi's exit will deprive the Spanish Treasury of €50 million ($59 million) paid in tax per annum. Spanish daily Sport said Wednesday that the Argentine No. 10's leave from the club will jolt both Barca and the Spanish Treasury. English powerhouse Manchester City wants to sign Messi.

Messi, 33, is a pure Barcelona product coming from the club's famous youth academy, La Masia. He has been playing for Barcelona since 2005.

The football star earned $104 million this year, according to Forbes.

"His current Barcelona contract is through 2020-21 [season] and pays him over $80 million annually," Forbes said.

Messi is one of the most famous athletes in the globe and has been sponsored by many well known brands such as Adidas, Gatorade, Huawei, Mastercard and Pepsi.

Keywords:
Manchester CityTaxBarcelonaLionel Messi
Your comment has been forwarded to the administrator for approval.×
Warning! Will constitute a criminal offense, illegal, threatening, offensive, insulting and swearing, derogatory, defamatory, vulgar, pornographic, indecent, personality rights, damaging or similar nature in the nature of all kinds of financial content, legal, criminal and administrative responsibility for the content of the sender member / members are belong.
Related News