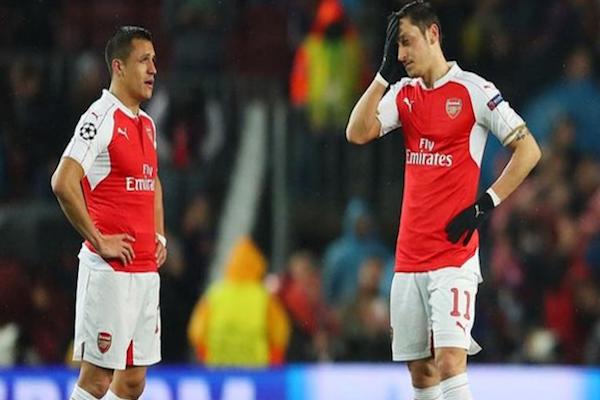 Chilean forward Sanchez and German midfielder Ozil, both 28, have just over a year left on their deals. Wenger says he has made up his mind about his own future, but is yet to sign the two-year extension on offer. "At the moment we have not got an agreement," said Wenger when asked about the future of Sanchez. Talking to BeIn Sports, the Frenchman, 67, added: "We have decided to focus on the end of the season and talk about it during the summer.

"It is the same situation with Ozil, because once you don't find an agreement and the negotiation lasts, it is not good. "It is better you get it out and sit down in the summer." Arsenal have slipped to sixth in the Premier League following four defeats in their past five games. Regarding his own future, Wenger added: "No matter how long I stay I will be committed and completely focused as long as I stay at the club." The Gunners return to Premier League action on Sunday, 2 April when they host Manchester City.