The U.S.’s Simone Biles on Tuesday won a fourth gold in gymnastics, ending her near-flawless adventure at the Rio Olympics on a positive note 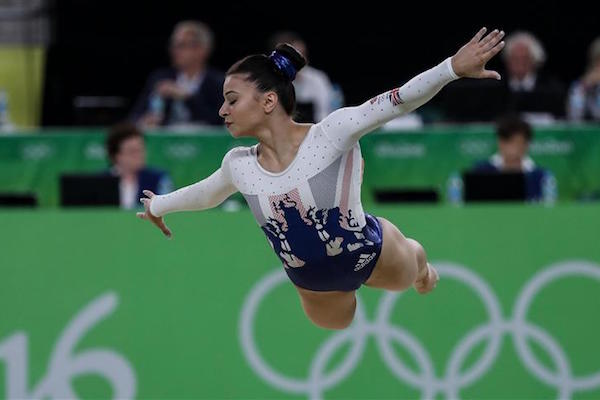 Vatan OZ/Sports-The U.S.’s Simone Biles on Tuesday won a fourth gold in gymnastics, ending her near-flawless adventure at the Rio Olympics on a positive note. Before she ever competed in this year’s Games, many were calling Biles the greatest gymnast of all time. A slip on the beam and a subsequent bronze medal may have cost her that title but Biles nevertheless became the most decorated American gymnast in a single Olympics after completing a floor exercise with an almost perfect 15,966, showcasing a routine that included a tumbling sequence named after the 19-year-old.

There will be no gold medal for the women’s soccer host. Brazil lost to Sweden 4-3 in a penalty shootout after teams drew 0-0 after regulation and extra time in the semifinal match.

In the other half of the semifinal draw, Germany had an easier time in a 2-0 win against Canada. The finals may finally prove to be the charm for the Germans who have three Olympic bronze medals in the event. The finals will be plated Friday on the hallowed pitch of Maracana.

The U.S. doubled up in the triple jump, winning back-to-back gold and silver medals in the event for the second straight Olympics. Christian Taylor and Will Claye were followed by Dong Bin of China. Claye’s may have won silver but he won the top prize after his race when he leapt into the stands, got down on one knee and propose to Queen Harrison, a hurdler on the U.S. team. Like He Zi who said yes to her boyfriend’s proposal after she won silver in the 3m springboard competition two days ago, Harrison said yes to Claye.

Ana Dabovic hit a free throw with 10.2 seconds left in the game to give Serbia a stunning victory against three-time silver medalist Australia in the knockout round of women’s basketball. The Aussies, who had been medalists in every Olympics since the 1996 Atlanta Games, were left crying in shock.

Meanwhile, Turkey was eliminated from the event by a buzzer beater from Spain’s Anna Cruz in a 64-62 loss. Spain scored 12 of the game’s final 14 points.

Carvin Nkanata of Kenya left the U.S. Monday night, headed for Rio where he landed Tuesday morning in the Olympic city to run in the a 200m heat. The U.S.-born sprinter gambled that the sports authorities would allow him to race in Rio after a passport mix up held up his participation. They did Tuesday morning. Unfortunately, Nkanata finished last in his race.

It was a lot better news for another Kenyan, Faith Kipyegon, who beat world- record-holder Genzebe Dibaba of Ethiopia who took silver in the 1,500m.

Kipyegon won the gold in a time of 4 minutes 8.92 seconds. Jennifer Simpson of the U.S. won bronze.