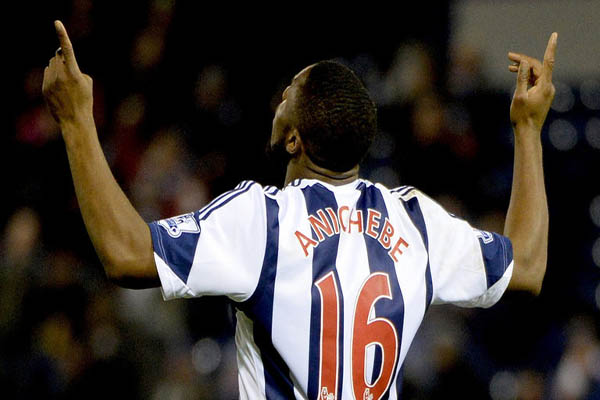 The Blues were stifled for long periods at the Hawthorns on Tuesday night but still looked set for the spoils after a goal just before the interval by defender Branislav Ivanovic. However, Victor Anichebe came off the bench to nod in an equaliser three minutes from time to earn his battling side a draw against the league leaders. "It looked as though Chelsea were grinding out the three points but all credit to West Brom," Curbishley told Match Choice on Sky Sports. "They came right back into it, especially in the last 20 minutes, and put Chelsea under a lot of pressure and in the end they deserved their point. "It wasn't a silky performance from Chelsea and Jose Mourinho did say he'd take the point. They didn't have many clear cut chances and the goal came from a set play. You'd think with the players they've got, they'd open up West Brom - but they didn't really do it." The single point hoisted the Baggies out of the bottom three, although if Sunderland get anything at Manchester City on Wednesday night, it will be the Black Cats who swap places with them. It means West Brom's new coach Pepe Mel is still searching for his first win in charge, but there seems to be encouraging signs for his team.

Curbishley, appointed recently as first-team director at Fulham, added: "West Brom came back against Liverpool (drew 1-1 on February 2) and now they've done it with Chelsea.

"They've shown a lot of spirit to get back into these games against a top four team and the league leaders. On both occasions, they deserved a point and it shows how tough it is and how competitive the Premier League is where the bottom teams can take points off the top teams.

"West Brom don't have an out-and-out striker though with someone who can get 15 goals to elevate them into mid-table. They've got a good team ethic which holds them in good stead. They're picking up draws but they'll need to start picking up some wins."

One team who weren't so lucky on Tuesday night were Norwich City, who impressed Curbishley, despite slumping to a 2-0 loss at West Ham.

It's a remarkable turnaround in fortunes for Sam Allardyce who looked set for the sack a month ago, while Chris Hughton's stuttering Canaries are languishing just one point from safety.

James Collins and Mohamed Diame scored late on to secure the points for the hosts in an open contest at Upton Park and Curbishley said: "Norwich played really well but they just couldn't get a goal.

"It's another good performance from them where they haven't picked up a point. They brought in Gary Hooper and Ricky van Wolfswinkel in the summer and they just haven't clicked.

"As for West Ham, there was a clamour for Allardyce's head not so long ago (they were beaten 5-0 by Nottingham Forest in the FA Cup and 6-0 by Manchester City in the league in January). He's turned it around within four games where they've had four clean sheets."