NBA legends, celebrities gather together to give emotional tribute to Kobe Bryant and his daughter Gianna at Staples Center 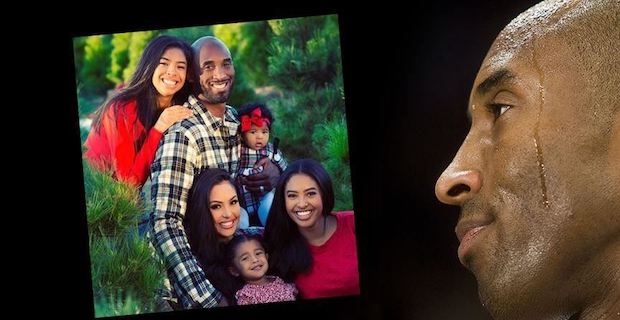 Basketball legend Kobe Bryant and his daughter Gianna were commemorated on Monday in a heartfelt memorial at Staples Center, home of the LA Lakers and the center of Kobe’s NBA career. Many public figures, including NBA stars, retired players, and celebrities, attended the memorial to paid tribute to Kobe and his family. On Jan. 26 the world was shocked by the news that Bryant and his 13-year-old daughter Gianna were killed in a helicopter crash outside Los Angeles, along with seven other people on board, amid bad weather. Kobe is survived by his wife Vanessa and three other daughters.

Kobe's former teammates, family, and friends gathered together to honor his legacy on Feb. 24, or 2-24 in the U.S. dating system, referring to the numbers on Kobe and Gianna's jerseys.

The ceremony began with a performance by singer Beyonce before Vanessa Bryant gave an emotional speech in tribute to her husband and late daughter.

"I couldn't see him as a celebrity, nor just an incredible basketball player. He was my sweet husband and the beautiful father of our children," she said.

Before her untimely passing, Gianna had the potential to be a great basketball player like her father Kobe, said Vanessa.

"Gigi would have easily become the best player in the WNBA. She was an incredible athlete. She was great at gymnastics, soccer, softball, dance and basketball," Vanessa said.

"Gigi was confident but not in an arrogant way. She loved helping and teaching other people things," she added.

Chicago Bulls legend Michael Jordan delivered a tearful speech in front of thousands of mourners, telling of his relationship with the five-time NBA champion, who he called his little brother. "He wanted to be the best basketball player that he could be, and as I got to know him, I wanted to be the best big brother that I could be," he said. "When Kobe Bryant died, a piece of me died, and as I look at this arena and across the globe, a piece of you died," he added. NBA legends Tim Duncan, Kareem Abdul-Jabbar, Magic Johnson, along with league superstars Stephen Curry and LeBron James, were among those in attendance.

In his speech, Kobe's former teammate Shaquille O'Neal stressed that he and Kobe "made beautiful basketball together."

Between 2000 and 2002, O'Neal and Kobe won three consecutive NBA championships for the LA Lakers.

Considered one of the top shooting guards in NBA history, Kobe, who gave himself the nickname Black Mamba, won the Most Valuable Player (MVP) award in 2008 along with two Finals MVP awards in 2009 and 2010.

Keywords:
Kobe BryantNBA
Your comment has been forwarded to the administrator for approval.×
Warning! Will constitute a criminal offense, illegal, threatening, offensive, insulting and swearing, derogatory, defamatory, vulgar, pornographic, indecent, personality rights, damaging or similar nature in the nature of all kinds of financial content, legal, criminal and administrative responsibility for the content of the sender member / members are belong.
Related News