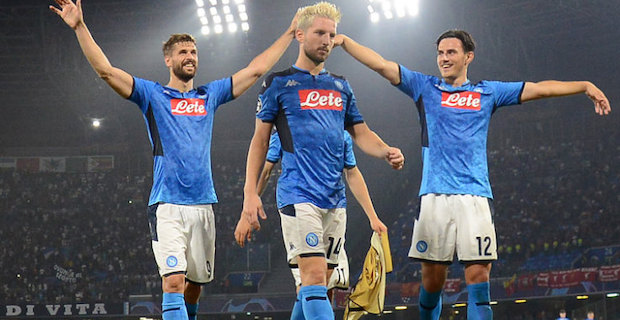 The team’s win against the English club came as Europe's most prestigious football tournament kicked off with eight matches in Group E, F, G and H.

The club's new transfer, Spanish forward Fernando Llorente, found the net in the 90th minute and Napoli won the game 2-0.

Keywords:
UEFAUEFA Champions LeagueLiverpoolNapoli
Your comment has been forwarded to the administrator for approval.×
Warning! Will constitute a criminal offense, illegal, threatening, offensive, insulting and swearing, derogatory, defamatory, vulgar, pornographic, indecent, personality rights, damaging or similar nature in the nature of all kinds of financial content, legal, criminal and administrative responsibility for the content of the sender member / members are belong.
Related News