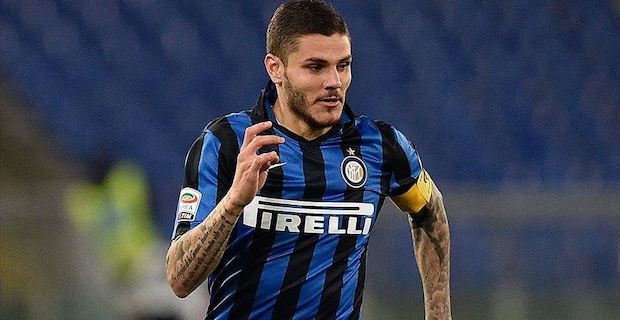 "I will give everything to help my new team go as far as possible in all competitions. Paris Saint-Germain has become an international football powerhouse, attracting some of the greatest players in recent years. The momentum is strong in Paris, ambitions are high and I am sure that we have everything here to go even further. And I’m really looking forward to playing at the Parc des Princes, a stadium famous for its beauty and passion!”, Icardi said in PSG's official website on Tuesday.

In his career, he previously played for, Sampdoria and Inter Milan in Italy Serie A.

Meanwhile, when Icardi played for Inter Milan he became 2015 and 2018's top scorer in the Serie A.

Keywords:
Mauro IcardiParis Saint Germain
Your comment has been forwarded to the administrator for approval.×
Warning! Will constitute a criminal offense, illegal, threatening, offensive, insulting and swearing, derogatory, defamatory, vulgar, pornographic, indecent, personality rights, damaging or similar nature in the nature of all kinds of financial content, legal, criminal and administrative responsibility for the content of the sender member / members are belong.
Related News