Manchester United have rejected a near £30m bid from Chelsea

Tottenham manager Andre Villas-Boas has been replaced by American football coach Ted Lasso for an advert for the coverage of the Premier League in the United States. 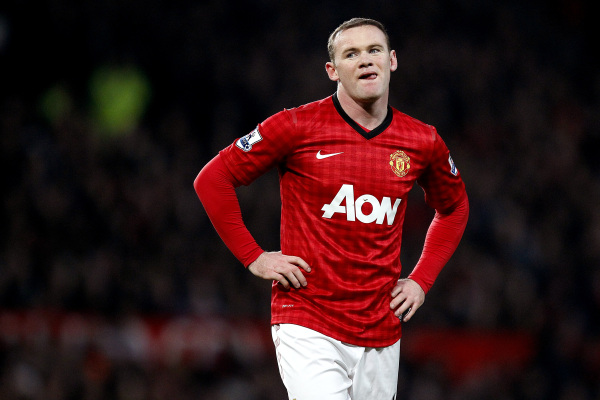 Tottenham are refusing to hold further talks with Real Madrid until the Spanish giants substantially increase their offer of more than £80m for 24-year-old forward Gareth Bale.

Spurs are also insisting on Real Madrid striker Alvaro Morata, 20, as being part of any deal that would see the Welshman move to the Bernabeu.

Arsenal are close to landing their second signing of the summer, with 19-year-old defender Matthias Ginter on the verge of a £6m move from Bundesliga side Freiburg.

Crystal Palace are ahead of Fulham and Newcastle in their pursuit of Aston Villa striker Darren Bent. The 29-year-old scored six goals in 23 appearances last term.

Newcastle are hopeful that a deal for QPR striker Loic Remy, who scored six goals in 14 games for the Loftus Road side last season, will be concluded in the next two days.

Swansea and Cardiff could both be disappointed in their attempts to sign Espanyol's Mexico international defender Hector Moreno with Russian side Rubin Kazan bidding £6m for the 25-year-old.

Liverpool and Arsenal are interested in signing 17-year-old MK Dons midfielder Dele Alli. Both clubs may offer to loan the player back for the remainder of the season.

Juventus are set to sell two strikers this summer after the arrivals of Carlos Tevez and Fernando Llorente from Manchester City and Atletico Madrid respectively. Thirty-year-old Fabio Quagliarella, who has been linked to Norwich, could be one of those to leave Turin.

Liverpool manager Brendan Rodgers has accused Arsenal of lacking class in their attempts to trigger a release clause in the contract of 26-year-old striker Luis Suarez.

The Uruguay international was the only member of Liverpool's first-team squad not to attend a gala dinner after captain Steven Gerrard's testimonial against Olympiakos on Saturday.

Premier League newcomers Cardiff City could be without new £7.5m striker Andreas Cornelius for their opening game against West Ham on 17 August. The Dane, 20, has damaged his ankle in training.

Atletico Nacional midfielder Sebastian Perez, 20, will begin a trial with Arsenal on Monday.

But the Gunners' attempts to bring in United Arab Emirates play-maker Omar Abdulrahman have suffered a setback with his current club, Al Ain, refusing to release the 21-year-old for a trial in London.

Portuguese winger Cristiano Ronaldo has agreed a new five-year contract at Real Madrid. The 27-year-old has extended his stay at the Bernabeu until 2018, increasing his annual salary to 17m euros (£14.8m) after tax.

Lyon owner Jean-Michel Aulas does not believe big-spending Monaco will threaten Paris St-Germain's defence of Ligue 1 this season. Aulas claims the French champions have a "99.9% chance" of retaining their title.

Portuguese side Sporting Lisbon are willing to listen to offers of 7m euros (£6m) for winger Diego Capel, 25, which may alert Liverpool. Marseille have already had two bids rejected.

Tottenham manager Andre Villas-Boas has been replaced by American football coach Ted Lasso for an advert for the coverage of the Premier League in the United States.

Rapid Vienna defender Maximilian Hofman, 19, conceded a penalty and was sent off within 60 seconds of his debut on the opening weekend of the Austrian Bundesliga. Rapid went on to win 4-2 against Sturm Graz. (BBC Sport)