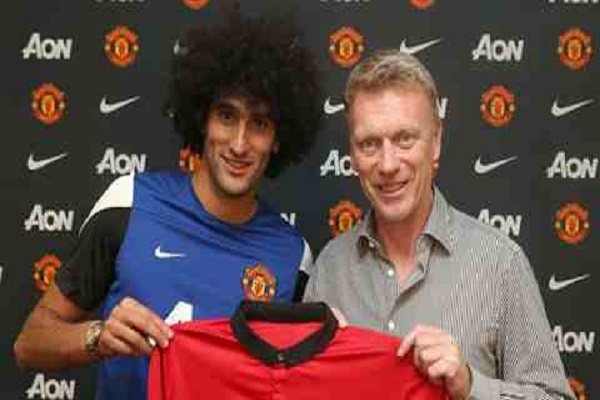 Marouane, 25, from Etterbeek, Belgium, joined Everton in 2008 and has made 163 starts and 10 substitute appearances for the Merseyside club, scoring 32 goals. A full Belgium international, he has 42 caps and seven goals since his international debut in 2007.

Manchester United manager David Moyes said: “I have worked with Marouane for five years and I’m delighted he has decided to join Manchester United. He is a player with great ability and strength and I think he will make a real difference to our squad.”

Marouane Fellaini said: “I am thrilled to sign for Manchester United. I have known the manager for many years now and I have a lot of respect for his way of working. When I was given the opportunity to work with him again, I jumped at the chance. I had a fantastic time at Everton and I’d like to thank all the fans and staff there for everything they have done for me. But being a Manchester United player is something that every player dreams of and I believe that I can make a real contribution to the team’s efforts to win trophies in the future."