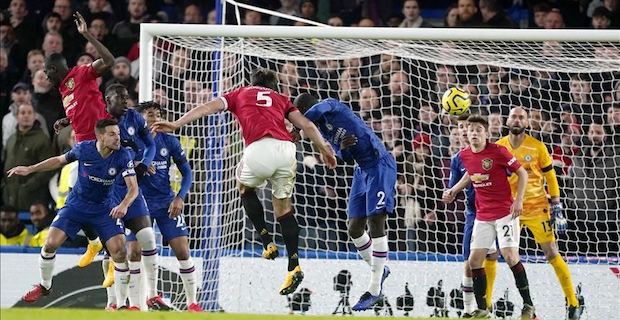 Manchester United beat Chelsea 2-0 away on Monday night to raise hopes for UEFA Champions League. At Stamford Bridge, two headers, first by Anthony Martial in the 45th minute and the second by Harry Maguire in the 66th minute determined the victory for Manchester United. In the 20th minute, Maguire avoided a red card after apparently kicking Mitchy Batshuayi in the groin. The VAR decision said no red card and no violent conduct. In the second half, 55th minute, Chelsea found an equalizing goal with Kurt Zouma via corner kick, but it was disallowed with VAR decision.

Before the game, both teams were winningless in their last three league matches.

With this result, Manchester United moved up to the seventh place with 38 points while Chelsea stayed at fourth place with 41 points.

At least top five teams in the league will qualify for the UEFA Champions League next season.

Keywords:
UEFA Champions LeagueManchester UnitedChelsea
Your comment has been forwarded to the administrator for approval.×
Warning! Will constitute a criminal offense, illegal, threatening, offensive, insulting and swearing, derogatory, defamatory, vulgar, pornographic, indecent, personality rights, damaging or similar nature in the nature of all kinds of financial content, legal, criminal and administrative responsibility for the content of the sender member / members are belong.
Related News