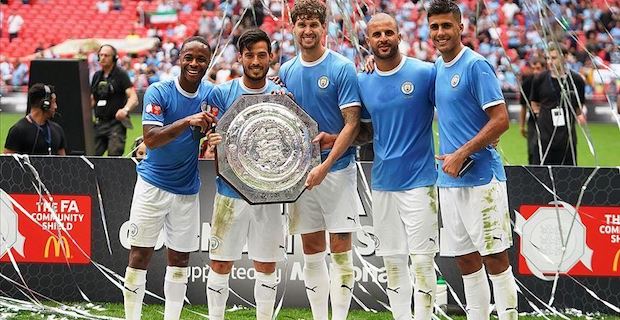 The regular time ended 1-1 so the penalties had to decide the winner.

While City scored a perfect set of penalties, Liverpool's Georginio Wijnaldum missed his penalty, eventually depriving Reds of the title.

Manchester City's arch rivals Manchester United is the most successful team in Community Shield, winning the trophy 21 times in history.

Keywords:
Manchester CityCommunity Shield
Your comment has been forwarded to the administrator for approval.×
Warning! Will constitute a criminal offense, illegal, threatening, offensive, insulting and swearing, derogatory, defamatory, vulgar, pornographic, indecent, personality rights, damaging or similar nature in the nature of all kinds of financial content, legal, criminal and administrative responsibility for the content of the sender member / members are belong.
Related News