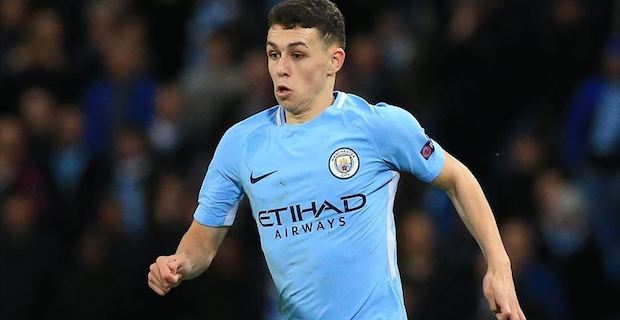 Manchester City drew against Liverpool 1-1 Sunday in an English Premier League match. Liverpool’s Egyptian star Mohamed Salah converted a penalty kick for the Reds in the 13th minute at Manchester's Etihad Stadium. But Man City equalized in the 31st minute with a close-range finish by Brazilian forward Gabriel Jesus, making it 1-1. Man City's Belgian star Kevin De Bruyne missed a penalty kick in the 42nd minute, wasting a golden opportunity for the home team. Liverpool is in third spot in the Premier League standings with 17 points. North London club Tottenham Hotspur is second, also with 17 points. The Premier League is currently led by Leicester City, which has 18 points in eight matches. Meanwhile, Manchester City is in 10th spot with 12 points.

Leicester City beat Wolverhampton 1-0 Sunday at home. English forward Jamie Vardy scored a first-half penalty goal to bring his team the win. Meanwhile, Tottenham beat West Bromwich Albion 1-0 in an away match as English star Harry Kane netted the winning goal with a header near the end of the match.

Southampton entered the weekend as the Premier League leaders, beating Newcastle United 2-0 at home Friday evening. Following the win, the club had 16 points. "STOP THE COUNT," Southampton tweeted, referring to a tweet by outgoing US President Donald Trump about alleged irregularities in the Nov. 3 elections against his Democratic challenger Joe Biden.  Trump filed a lawsuit to stop the tallying of ballots last week in Nevada, one of the key states in the polls, as he complained about voter fraud while Biden was ahead. Biden on Saturday won the crucial state of Pennsylvania and with the victory there surpassed the necessary 270 Electoral College votes needed to claim the White House, according to The Associated Press and other major news organizations. The Democratic leader now holds a commanding 290 Electoral College votes after the AP also called Nevada for the president-elect.

Keywords:
Manchester CityPremier LeagueLiverpool
Your comment has been forwarded to the administrator for approval.×
Warning! Will constitute a criminal offense, illegal, threatening, offensive, insulting and swearing, derogatory, defamatory, vulgar, pornographic, indecent, personality rights, damaging or similar nature in the nature of all kinds of financial content, legal, criminal and administrative responsibility for the content of the sender member / members are belong.
Related News